Olivia Wilde Proves That Women Are Taking Over the Marvel Universe

There are tons of female-led Marvel films coming, but will they be as successful as the male-led films who built the franchise?
PHNjcmlwdCBhc3luYyBzcmM9Imh0dHBzOi8vcGFnZWFkMi5nb29nbGVzeW5kaWNhdGlvbi5jb20vcGFnZWFkL2pzL2Fkc2J5Z29vZ2xlLmpzIj48L3NjcmlwdD4KPCEtLSBUb3AgQXJ0aWNsZSBDQ04gLS0+CjxpbnMgY2xhc3M9ImFkc2J5Z29vZ2xlIgogICAgIHN0eWxlPSJkaXNwbGF5OmJsb2NrIgogICAgIGRhdGEtYWQtY2xpZW50PSJjYS1wdWItNjQ3MjA2OTY5MzY1NzE0MyIKICAgICBkYXRhLWFkLXNsb3Q9IjU4NDY0ODIyMjMiCiAgICAgZGF0YS1hZC1mb3JtYXQ9ImF1dG8iCiAgICAgZGF0YS1mdWxsLXdpZHRoLXJlc3BvbnNpdmU9InRydWUiPjwvaW5zPgo8c2NyaXB0PgogICAgIChhZHNieWdvb2dsZSA9IHdpbmRvdy5hZHNieWdvb2dsZSB8fCBbXSkucHVzaCh7fSk7Cjwvc2NyaXB0Pg==

The future is female for Marvel.

Marvel Cinematic Universe’s (MCU) phase four will feature many female-led films. The first female-led MCU film was “Captain Marvel,” and it made more internationally than “Iron Man,” “Thor,” or “Guardians of the Galaxy.”

Now Olivia Wilde is hinting that she may be behind a “Spider-Woman” film.

The franchise might be getting a female revision, but that doesn’t mean the films will tank or be any less action-packed. They’ll be just as good. Women have that firey edge, remember?

‘Captain Marvel’ Was The Test For Success, And She Aced It

After D.C.’s ‘Wonder Woman’ became the first female-led blockbuster, Marvel jumped on board with “Captain Marvel.” The film was almost like a test for the studios to see if female-led superhero films were going to be successful. “Captain Marvel” aced that test and still holds the spot as the most successful female-led MCU film of all time.

The film made just as much as it’s male counterparts, at just over one billion dollars,  and since money rules, it opened the door for a new wave of female-led films.

It also pushed through all of the fake reviews internet trolls tried to publish to get the film to sink, as well as leaked emails from Marvel’s CEO, Ike Perlmutter, which explained the reason the franchise shied away from any female-led movies was because of past disasters like “Catwoman” and “Elektra.”

The reviews for the movie turned out positive in the end and proved them wrong. So if Carol Danvers can do it, others can too.

The MCU’s Phase Four Will Include More Female Leads and Directors, Like Olivia Wilde

There’s been no word on whether there’ll be an all-female “Avengers”-like film yet, but a lot of female-led movies have either been announced or rumored to be happening, and some of them have female directors helming them. 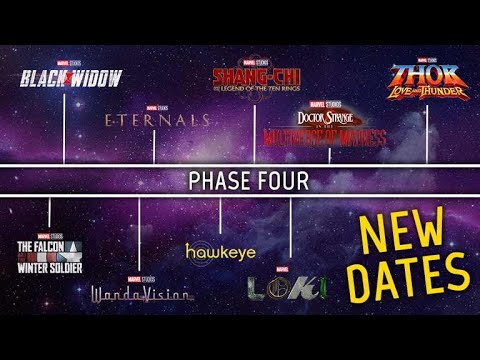 “Black Widow” is coming soon, directed by Cate Shortland. “Captain Marvel 2” will be directed by Nia DaCosta (it’s first was co-director, Anna Boden), and now Olivia Wilde might be helming a Spider-Woman film. Speaking about “taking hold” of the genre, on the “Shut Up Evan” podcast, Wilde said:

Look, we are seeing this incredible influx of female directors and storytellers getting to take hold of this genre, of the superhero space, and infuse it with their own perspective. So, not only do I get to tell this story as a director, but I get to develop this story, and that was what made it so incredible for me.

She went on the say that she was grateful to the studio for letting her tell the story from a woman’s perspective, not a man’s, something “Captain Marvel” was heavily critiqued on.

I’m just honored to be amongst this wave of women who are showing up and saying ‘we are not only going to step in and try and tell this story like men do, we’re actually going to reframe the stories themselves,'” she said. “And the industry is, as far as I can tell, really supportive of that. There is a sea change and it’s because of these decades of trailblazers who demanded this over and over and over again and it’s finally broken through and I’m very fortunate to be there with it.”

Wilde and all of the other female directors making female-led films have the drive it takes to make more blockbusters like “Captain Marvel,” and will prove their worth and strength at all costs. We can’t forget Natalie Portman even left the MCU because she wanted “Thor: The Dark World” to be directed by Patty Jenkins.

Women will fight to get their place in the franchise, just like they are doing outside the industry. We still have films “Ms. Marvel,” “She-Hulk,” shows “WandaVision and “The Eternals,” and “Thor: Love and Thunder,” which will feature Natalie Portman as a female Thor. All of them have a great chance to be just as successful as any other Marvel film.

Hannah Wigandt
Hannah Wigandt is a writer based in the U.S. who has been writing about entertainment and pop culture for two years. Contact her at hannahwigandt6@gmail.com. View her Muck Rack here, or check out her LinkedIn profile here.
Subscribe
0 Comments
Inline Feedbacks
View all comments

The Biggest Issues for Marvel’s Avengers Won’t Be Microtransactions
August 31, 2020 No Comments

Genius Brands Stock Is Cratering Because the Stan Lee Deal Is Hot Air
July 6, 2020 No Comments

Spider-Man 2 Leak: Every Rumor Swirling About This PS5 Exclusive
March 19, 2020 No Comments

Spider-Man Fanboys Spent a Month Whining for No Reason
September 27, 2019 No Comments

Marvel Exec Kevin Feige Producing Star Wars Should Only Be a One Time Deal
September 27, 2019 No Comments
PHNjcmlwdCBhc3luYyBzcmM9Imh0dHBzOi8vcGFnZWFkMi5nb29nbGVzeW5kaWNhdGlvbi5jb20vcGFnZWFkL2pzL2Fkc2J5Z29vZ2xlLmpzIj48L3NjcmlwdD4KPCEtLSBSZWNvbW1lbmRlZCBwb3N0cyBBZCBDQ04gLS0+CjxpbnMgY2xhc3M9ImFkc2J5Z29vZ2xlIgogICAgIHN0eWxlPSJkaXNwbGF5OmJsb2NrIgogICAgIGRhdGEtYWQtY2xpZW50PSJjYS1wdWItNjQ3MjA2OTY5MzY1NzE0MyIKICAgICBkYXRhLWFkLXNsb3Q9IjI3MzY1ODYyMzUiCiAgICAgZGF0YS1hZC1mb3JtYXQ9ImF1dG8iCiAgICAgZGF0YS1mdWxsLXdpZHRoLXJlc3BvbnNpdmU9InRydWUiPjwvaW5zPgo8c2NyaXB0PgogICAgIChhZHNieWdvb2dsZSA9IHdpbmRvdy5hZHNieWdvb2dsZSB8fCBbXSkucHVzaCh7fSk7Cjwvc2NyaXB0Pg==

James Corden Is About To Get The ‘Cancel Ellen DeGeneres’ Treatment
October 29, 2020 147 Comments