Khloe Kardashian is back in front of the camera.

Her older sister, Kim Kardashian, has confirmed that the family is filming new episodes of “Keeping Up With The Kardashians,” which is pretty interesting given all that’s going on around them.

Nevertheless, there’s a new cast member on the show this season, and this person’s appearance on the show is only proof positive that Khloe — like the rest of her sisters — are solely in the business of getting our attention in the form of their ratings.

Were Khloe Kardashian & Tristan Thompson Ever Split Up?

Amidst all the brouhaha surrounding Kanye West’s aborted presidential run — and increasingly erratic behavior — it’s hard to remember that there are other Kardashian sisters besides Kim that are looking for the nearest camera to pose in front of.

That’s why everyone was shocked to see that not only was Khloe Kardashian getting ready for filming yet another season of “Keeping Up With The Kardashians,” but her “on-again, off-again” baby daddy Tristan Thompson was also in tow.

Kim, Khloe and Tristan spent the afternoon filming at a house in Malibu. The mood was very light and fun. You would not know there was anything going on with Kim by the looks of things. She had a big smile on her face and was laughing with Khloe…Kim was very professional and focused.

Because there has been so much focus on Kim Kardashian, especially as of late, Khloe Kardashian probably thought she could sneak Thompson right past us, without a care in the world. 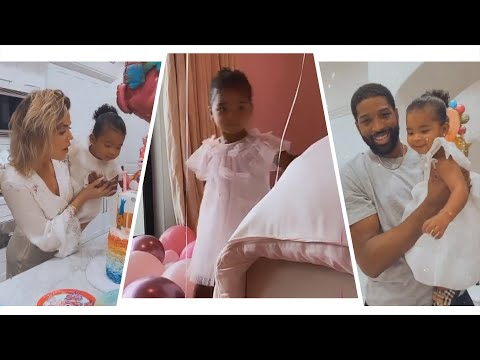 And while I’m sure that we all have better things to worry about — to say nothing of the fact that Tristan Thompson, at least, isn’t on the brink of a mental breakdown — it’s probably not good etiquette to lie about the nature of your relationship with someone (especially your child’s father) in the name of “ratings.”

Then again, did we really expect anything more, or less, from Khloe Kardashian? Definitely not.