More than two weeks after Amazon announced it had scrapped plans to build part of its second headquarters in New York following opposition from local politicians, an aide to U.S. Representative Alexandria Ocasio-Cortez has said that AOC would welcome the online retail giant back to the Empire State as long as there’s community involvement.

Per the congresswoman’s chief of staff Saikat Chakrabarti, Ocasio-Cortez opposed Amazon because of “the process by which it happened.” But now, says Chakrabarti, AOC would welcome a community-driven process, according to Bloomberg.

“We welcome a process, we welcome having a community process, but I don’t know where the talks are at at this stage.”

Why Alexandria Ocasio-Cortez Said No to Amazon’s 25,000 Jobs and $28 Billion Tax Revenue

An Amazon HQ2 in New York would have created 25,000 permanent jobs and generated tax revenues of $28 billion. 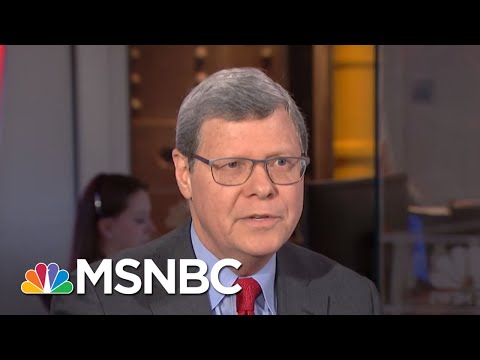 AOC’s opposition to the deal was on what she termed as “corporate greed” and “worker exploitation.” Before this, Alexandria Ocasio-Cortez had also argued that locating the headquarters in Long Island City would push up real estate prices, making the neighborhood unaffordable for low-income earners. Rather than providing tax breaks to corporations, Ocasio-Cortez had suggested that the state’s infrastructure take priority.

Amazon is a billion-dollar company. The idea that it will receive hundreds of millions of dollars in tax breaks at a time when our subway is crumbling and our communities need MORE investment, not less, is extremely concerning to residents here.

Despite the opposition from AOC and other New York politicians, polls conducted before Amazon announced its pullout had indicated that the majority supported the e-commerce leader. In early February, a Sienna College Research Institute survey found that 56% of the respondents approved the project. Support for the deal was highest among minorities with 70 percent of African-Americans and 81% of Latinos in approval.

Despite the project’s high approval rate for the deal, the Quinnipiac survey also found that New Yorkers had some concerns. Chief among these concerns included the incentives that amounted to close to $3 billion that Amazon was to get. New Yorkers also expressed worries over housing and transportation:

Who Wins in the End – Level-headed Politicians or Alexandria Ocasio-Cortez?

AOC’s turnaround comes after reports emerged over the weekend that New York Governor Andrew Cuomo was making efforts to lure Amazon back into the state, according to the New York Times. Besides directly talking to Amazon CEO Jeff Bezos, Cuomo has also pledged in an open letter to be personally involved in getting state approval for the project:

“Governor Cuomo will take personal responsibility for the project’s state approval and Mayor de Blasio will work together with the governor to manage the community development process, including the workforce development and infrastructure investments that are necessary to ensure that the Amazon campus will be a tremendous benefit to residents and small businesses in the surrounding communities.”

Among those who signed the letter included AOC’s colleagues in the House, Hakeem Jeffries, Max Rose, and Carolyn Maloney.