Alexandria Ocasio-Cortez is blaming Fox News for her dying popularity. The New York Representative is being demonized by people from her state and across the country according to a new Siena College poll. The survey shows 44 percent of respondents as having an “unfavorable view” of the congressional newcomer. Compare this with the mere 31 percent boasting a favorable opinion.

The reason people know more is bc Fox News has turned into “AOC TMZ” (no offense to TMZ), so awareness is growing w/ GOPers.@JaneMayerNYer has reported deeply on this propaganda machine + it will be aimed at any Dem they want. Nothing changes that.

We can’t be scared by that.

The Truth Is Out

A recent Gallup poll also finds that only six percent of Republican voters see AOC in a positive light. Her stance with white voters, as well as men, is stuck in the trenches. On Twitter, Ocasio-Cortez voiced her frustration and targeted Fox’s previous coverage of her antics as the reason why:

The reason people know more is bc Fox News has turned into ‘AOC TMZ’ (no offense to TMZ), so awareness is growing w/GOPers. We can’t be scared by that.

Her lessened stance, however, may be partly due to her role in shutting out Amazon’s plans to open a second headquarters in Queens, New York. The online retailer claims political opposition as the main reason it stepped away from the Big Apple. The Siena College poll shows that 38 percent of New Yorkers disapprove of Ocasio-Cortez’s fight against Amazon. Only 12 percent favor it.

This seems to have done AOC in, as the Amazon deal was a go for most residents. Approximately 67 percent of New Yorkers surveyed said that they favored Amazon’s presence within the state. Only 21 percent were against it.

Her soiled image likely also has to do with her radical taxation policies, which experts say could harm the U.S. economy. Her 70 percent tax on the super-wealthy, for example, was already attempted in France, only to be cancelled out after two years in 2014 thanks to its inability to garner significant revenue. 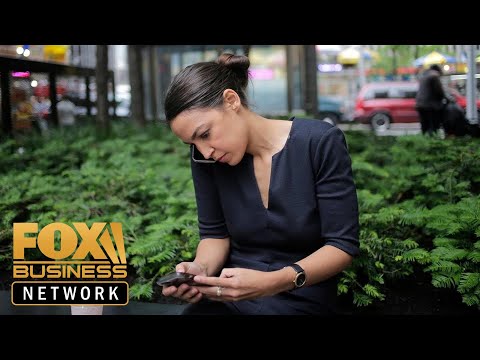 Too Much, Too Fast

The 70 percent tax is designed to fund her controversial Green New Deal, a plan even democrats are split on. The Deal asks that extreme changes be made to U.S. infrastructure – such as introducing hydrogen-fueled airplanes – within just ten years.

AOC can blame Fox all she wants, but the sad truth is that her public’s opinions have shifted from just one month to the next. The Gallup poll – which suggests high favorability amongst African-Americans, Latinos, women and voters aged 18 to 34 – compiled its results in February of this year. The Siena College poll, composed later in March, shows her raking in higher rates of disapproval amongst both women and 18 to 34-year old individuals.