When Tesla CEO Elon Musk pressed “tweet,” he had to know his ill-timed joke about production numbers would catch the attention of SEC regulators. However, that single Twitter post might now force Tesla to pay nearly $1 billion in cash to settle up with bondholders. 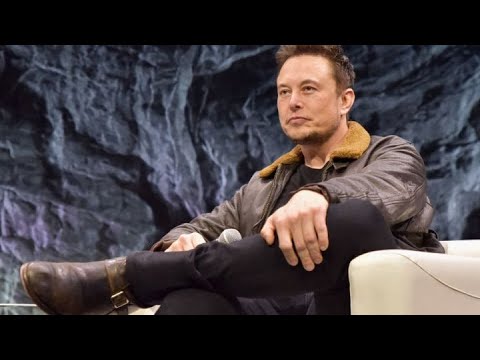 At issue is $920 million worth of convertible bonds that are due Friday, March 1. Today, the holders of the debt will decide if they will convert the debt to equity or receive cash.

Short of some miracle, all signs point to bondholders opting for cash rather than equity, as Bloomberg reported.

Noting that it is the largest debt payment Tesla has ever faced in its 16-year history, the publication says that if bondholders choose to convert, Tesla could settle the conversion with a 50-50 split of $460 million in cash and the rest in stock.

Analysts called the conversion strategy brilliant but pointed out there were issues. The scheme would only work if Tesla’s shares were able to increase. If its stock trades below the $359.8 conversion mark by the deadline, bondholders will almost certainly opt to be fully paid in cash.

At the time of writing Wednesday, Tesla’s stock was around $312.31.

Tesla’s stock had been performing relatively well since the beginning of the year, which put it in position to be an attractive equity option, particularly if bondholders could acquire shares at a discount. However, based on the trading of Tesla’s shares in the last 20 days, converting to equity doesn’t make much sense.

If these bondholders convert their investment to stock, they’ll receive a conversion value of $850 between cash and shares, Bloomberg explained. That’s considerably short of the $1,000 par value at maturity that Tesla would pay out fully in cash.

More recently, Tesla’s critical Model 3 sedan lost a coveted recommendation from Consumer Reports, and Musk is running into regulatory trouble again because of his tweeting. The stock is down more than 10 percent this year.

Tesla may have had a shot to stay in the good graces of bondholders and shareholders, but for the now-infamous tweet from Musk last week.

Within days of these tweets, including the attempted correction, the U.S. Securities and Exchange Commission got wind of them and went to the courts to call for Musk to be held in contempt for violating a previous settlement agreement.

The request was filed in the New York Southern District Court. On Tuesday, U.S. District Judge Alison Nathan ordered Musk to come up with an answer as to why he shouldn’t be held in contempt. He has until March 11 to respond.

Even as that debt payment looms, as well as this contempt order, Musk seems unfazed, hopping right back on Twitter with a barrage of posts about the SEC.

Most were about space, or something that was not clear at all.

Meetings are a valuable use of time! pic.twitter.com/sDcKdBp5e5

He may think it’s funny, or just a game, but players in the business say he’s playing a dangerous one. This includes the flamboyant Jim Cramer. The CNBC host called for Musk’s removal as Tesla CEO.

“This guy’s going to attack the SEC? How about removing him? The guy just attacks the SEC as if it’s funny. So I think he should be removed.”

"This guy's going to attack the SEC? How about removing him?" @MadMoneyOnCNBC's Jim Cramer said Tesla should remove Elon Musk as CEO after his comments to the SEC. https://t.co/OHVK4l6pzX pic.twitter.com/V0UaQOTCi6

“This isn’t the Wild West. You can’t run your business like a cowboy, especially when it’s publicly traded and even more so when the SEC has you in its crosshairs. So, with Tesla right now, there’s just no transparency, and how can you possibly invest in a company that’s deceptive?”

Meanwhile, the clock is ticking on Tesla’s $920 million debt load, and time is quickly running out.