No Man’s Sky Is About to Become the Next Minecraft (Yes, Really)

Four years after it’s embarrassing launch, No Man’s Sky is about to become the next Minecraft. Don’t believe me? Here’s why.

No Man’s Sky really ticked a lot of people off when it launched in 2016. Not since Peter Molyneux’s Fable in 2004 had gamers felt so lied to and deceived. While it wasn’t outright derided by everybody, there was enough bad blood that many ranked it among the biggest failures in gaming history.

Considering how weird of a year 2020 has turned out to be, it’s no wonder that No Man’s Sky is on the verge of hitting Fortnite and Minecraft levels of popularity.

No Man’s Sky is the comeback kid of the decade

On Thursday, there will be two major milestones in the game’s history. First, it’s being added to Xbox Game Pass for both console and PC.

Secondly, they’re going to introduce cross-platform multiplayer – Xbox One, Windows 10 and, yep, even PlayStation 4 (but not Stadia, it seems).

It’s the capstone to a four-year reinvention project, the likes of which we’ve arguably never seen.

Following the game’s release, developer Sean Murray and Hello Games could have gone on the defensive. But they didn’t; they clammed up and went to work.

And the results are spectacular.

Little by little, updates – free updates – to the game began to get released. Features were added. The story, such as it was at the time of launch, began to get fleshed out. Eventually, they released the Holy Grail of No Man’s Sky features: real, legitimate multiplayer. And, then, they kept going.

Things are about to get ridiculous

And no, I’m not arguing that No Man’s Sky is the “next Minecraft” simply because it will finally feature robust multiplayer. Although that helps.

Much like Minecraft, No Man’s Sky players will hit the ground running, then it can get as complex as they want it to. There’s also lots and lots of building stuff involved. People love building things in video games.

No Man’s Sky is so good right now that, really, the only thing keeping it from exploding in popularity is, well, that botched original launch and its reputation, as well as its lack of availability. After all, you can play Minecraft on everything from your PS3 to your Xbox One to your smartphone to your fridge… yes, really. 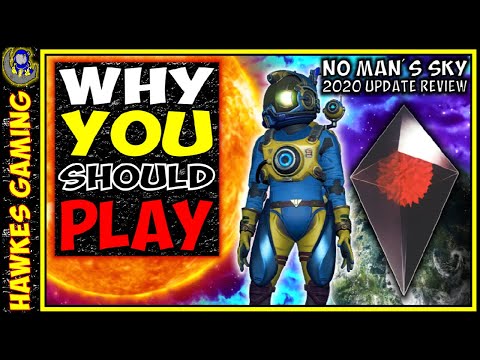 The game’s addition to Game Pass – which Microsoft claims has more than 10 million subscribers – will absolutely increase that player base.

Granted, it’s going to be a big day for subscribers as it is, with releases like the entire Kingdom Hearts series and the Witcher III spin-off, Thronebreaker.

But fans who have been putting off playing No Man’s Sky after reading those brutal launch-date reviews will now at least have a chance to give it a shot.

And when they do… it’s going to be huge.

Born in Ohio and raised in Illinois and Iowa, Kevin began writing professionally in 2000 from his dorm room at Iowa State University. He splits his professional time between writing news and features on the gaming world and sports. He lives outside of Austin, TX. Reach out to me at kevinchristophersullivan@gmail.com

September 27, 2020 2 Comments
← PreviousCall of Duty is Out of Excuses With Outrageous 200 GB Modern Warfare
Next →Sony’s Big PS5 Reveal Has Triggered Some Cringy Fanboy Behavior

Xbox Could Be About to Buy Your Favorite Developer