Family-friendly Nintendo, the purveyor of the supremely popular Switch console, has finally apologized in an official capacity of sorts for the on-going drift issues affecting the Joy-Con controller.

The apology comes from Nintendo president Shuntaro Furukawa. The Nintendo boss was quizzed about the on-going class-action lawsuit mounted against the company for the drift malfunction during this month’s financial briefing. And, more specifically, what the company plans to do to fix the hardware.

Regarding the Joy-Con, we apologize for any trouble caused to our customers. We are continuing to aim to improve our products, but as the Joy-Con is the subject of a class-action lawsuit in the United States and this is still a pending issue, we would it like to refrain from responding about any specific actions.

Say you’re playing The Legend of Zelda: Breath of the Wild. With Link perched on a hillock, you gaze at the dazzling landscape below. Without touching the analog sticks, the camera starts to move randomly of its own volition. The camera appears to ‘drift’ hence the name. 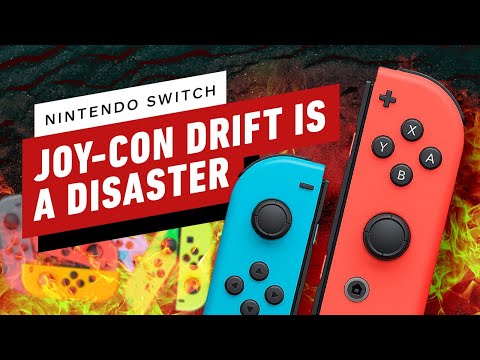 In games where precision is crucial to besting an enemy or navigating a tricky platforming section, drift becomes frustrating and enjoyment-sapping. Considering a brand new Switch retails for $300, it’s a pretty sum to pay for a malfunction device.

The issue that has affected a worryingly large cross-section of Switch owners. Reddit, Nintendo’s support forums, and Twitter are awash with horror stories. Some the problem returning even after sending their Joy-Con in for repairs with Nintendo.

The problem came to the fore last summer as a wave of reports surfaced, triggering a class-action lawsuit against Nintendo in the US that coined the controllers ‘defective.’

This all prompted an official, if unsatisfactory, response from Nintendo that skirted around recognizing drift as a genuine problem plaguing Switch owners. It reads:

At Nintendo, we take great pride in creating quality products and we are continuously making improvements to them. We are aware of recent reports that some Joy-Con controllers are not responding correctly. We want our consumers to have fun with Nintendo Switch, and if anything falls short of this goal we always encourage them to visit https://support.nintendo.co.uk so we can help.

Most egregious of all, two-months later Nintendo launched the Switch Lite, a handheld-only version of the console. Within weeks, owners reported the same drift issues suggesting Nintendo had done little to remedy the problem. Steps to source better components or redesign the analog sticks in newly manufactured devices were clearly not taken.

Too Little, Too Late

Nearly a year on from when the drift controversy came to light, Nintendo’s apology is too little, too late. Yes, the company is offering free repairs for owners in the US. But, owners shouldn’t have to jump through hoops just to get a functioning Joy-Con. Chances are it will break a few months down the line, triggering yet another send-off for repairs.

The situation makes one wonder whether Nintendo would have proffered up free repairs and the apology had the class-action lawsuit not brought the problem to mainstream attention.

A wholly more fitting response would have been an official apology, not one weaved by chance into an investor briefing, alongside changes to the manufacturing process and an offer to all current owners to fix the issue free of charge once and for all.

It’s time for Nintendo to step and make amends after finally recognizing Joy-Con drift as a real problem.