On Friday, Nintendo issued an apology for not informing players that the upcoming Switch remake of Tokyo Mirage Sessions #FE would draw heavily from the Western Wii U version and not the original Japanese Genei Ibunroku ♯FE. 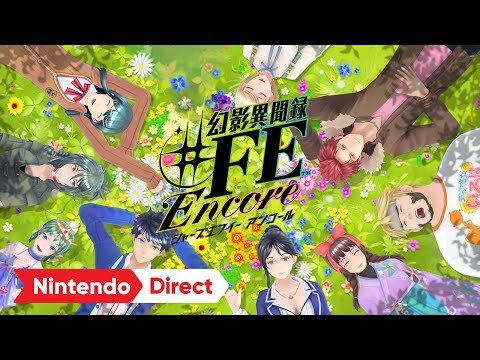 The statement reads (translated from Japanese courtesy of the Japanese Nintendo site):

We did not inform from the beginning that this title would be based on Tokyo Mirage Sessions #FE. And also on the official home page, we mistakenly posted game screenshots from the Wii U domestic version of Genei Ibun Roku #FE that wouldn’t have been included in this title, so the situation caused a misunderstanding to our customers regarding the content of this title.

At first glance, this is Nintendo owning up to a promotional blunder and graciously offering players refunds of pre-orders as a conciliatory gesture. As is usually the case, there’s more to this story than meets the eye.

The differences between the Western and Japanese versions of Tokyo Mirage Sessions #FE aren’t what you’d call game-changing by any stretch of the imagination, but tone down the lewd aspects of the game.

The developers rejigged female character attire to be less revealing. They toned down or removed revealing up-skirt shots. A handful of characters saw their age raised to around 18. They remodeled underage bikini-clad girls in one of the game’s dungeons as fully clothed. The swimwear-heavy Hot Springs DLC is absent from the Switch remake of Tokyo Mirage Sessions #FE. You get the gist.

It’s clear Nintendo should have made this clear from the start, but to go so far as to apologize for not including over-sexualized minors feels like stepping into a particularly trippy alternate reality. Notwithstanding, it is at odds with Nintendo’s usually carefully curated family-friendly image.

Players accused Nintendo of censorship (even though developer Atlus independently chose to enact the changes). And, the less revealing sartorial choices criticized for a perceived lack of quality didn’t go down well. Some players even went as far as to create mods to reinstate the censored content.

Nintendo may be trying to avoid another fiasco, but by apologizing, the company has opened itself up to something much worse compounding what has already been a tough few days for Nintendo with the whole botched Overwatch launch.