It’s a particularly significant year for the game industry, with the PlayStation 5 and Xbox Series X set for release this holiday season. While next-gen hardware will satiate FPS and action gamers, Nintendo’s 2020 is looking a bit bleak.

Until you read between the lines, that is. Nintendo may have found a way to beat the next-gen rush.

Nintendo fans continue to wait for any news on upcoming releases. There are rumors of an upcoming The Legend of Zelda: Ocarina of Time remaster for the Nintendo Switch.

Dug up by GameRant, this rumor is based on a trademark renewal.

2021 marks The Legend of Zelda’s 35th anniversary. If that’s not a time to bring back the franchise’s most beloved entry, I don’t know what is. They’ve already remastered the game for 3DS – why not another one for the next big portable?

With the 3D Mario remasters confirmed, there’s substantial reason to believe Nintendo is fighting next-gen competition with nostalgia. They’ve got nothing else planned – at least publicly.

Nintendo’s foreseeable future may appear blank, but it’s possible they’re setting up to steal the spotlight from the PlayStation 5 and Xbox Series X. We may see Breath of the Wild 2 arrive during the holidays, or possibly a massive secret title. The Mario masterminds aren’t counting themselves out just yet.

Video: What Made Ocarina of Time so… Timeless? 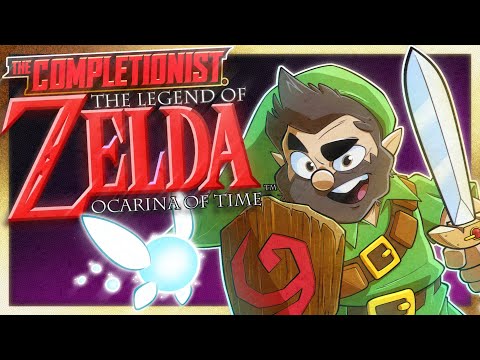 Mario remasters, specifically Super Mario Galaxy and Super Mario 64, two of the franchise’s most beloved entries, would be a fantastic way to gain the spotlight during the next-gen console release calendar.

Run With What Works

There’s no question of quality here. Players know what they’re getting into, and will gladly drop $60 on a full price reimagining of games from their youth. Nintendo has already seen an

Other gamers might wonder if PlayStation 5 game is actually worth $70, and that price hasn’t been justified yet. Nintendo’s case is the opposite.

Nintendo might appear clueless for now, but imagine they steal the holiday spotlight with Mario and Ocarina of Time remastered, and culminate it all with Breath of the Wild 2. Hell, maybe we’ll see a new Nintendo Switch as well.

Nintendo has designated the Switch as their port machine. It features NES titles to games from the Wii U. They’ve also already remastered Link’s Awakening, so what’s another Zelda game in the mix?

Plus, these remastered titles don’t ask you to drop a potential $500 on a new plastic box. You can play them on what you’ve already got. Nintendo might be betting on those gamers wanting to save money and not upgrade to an expensive console.

With the current state of the global economy, that’s a viable holiday game plan.