The growing trend of electrification is posing a threat to oil majors, but they aren’t going down without a fight. For Tesla and EV makers, oil companies could become major competitors.
PHNjcmlwdCBhc3luYyBzcmM9Imh0dHBzOi8vcGFnZWFkMi5nb29nbGVzeW5kaWNhdGlvbi5jb20vcGFnZWFkL2pzL2Fkc2J5Z29vZ2xlLmpzIj48L3NjcmlwdD4KPCEtLSBUb3AgQXJ0aWNsZSBDQ04gLS0+CjxpbnMgY2xhc3M9ImFkc2J5Z29vZ2xlIgogICAgIHN0eWxlPSJkaXNwbGF5OmJsb2NrIgogICAgIGRhdGEtYWQtY2xpZW50PSJjYS1wdWItNjQ3MjA2OTY5MzY1NzE0MyIKICAgICBkYXRhLWFkLXNsb3Q9IjU4NDY0ODIyMjMiCiAgICAgZGF0YS1hZC1mb3JtYXQ9ImF1dG8iCiAgICAgZGF0YS1mdWxsLXdpZHRoLXJlc3BvbnNpdmU9InRydWUiPjwvaW5zPgo8c2NyaXB0PgogICAgIChhZHNieWdvb2dsZSA9IHdpbmRvdy5hZHNieWdvb2dsZSB8fCBbXSkucHVzaCh7fSk7Cjwvc2NyaXB0Pg==

Electric vehicles are all the rage now. By 2025, McKinsey estimates there will be over 350 new electric vehicle models. This will pose unprecedented competition to established players like Tesla.

Virtually every traditional carmaker across the globe is planning to launch electric vehicles. Startups, too, are getting in on the action. Last year, Reuters estimated that around 250 startups involved in the space had attracted over $20 billion in venture capital.

The Many Faces of Tesla Competition

This year, the figures continue to rise with several multi-billion dollar IPOs taking place in the US. Electric vehicle startups can now take the credit for taking the blank check IPO craze mainstream. This is where a startup gets into a reverse merger with a special purpose acquisition company.

Nikola went public through this method. Other EV startups following in its footsteps include Fisker, Lordstown Motors, and Canoo.

These are not the only threats to Tesla’s business, though. Going forward, a new threat is emerging from the most unlikely of sectors–oil majors. From making EV batteries to investing in charging networks, oil majors are committed to surviving the electric vehicle wave sweeping the globe.

Earlier this month, the French oil giant Total announced it was creating a joint venture to manufacture electric vehicle batteries in Europe. The joint venture with Groupe PSA, named Automotive Cells Company, aims to reach a manufacturing capacity capable of equipping one million EVs with batteries.

ACC will be a supplier to EV manufacturers. The joint venture is expected to attract investments close to $6 billion, with more than $1.5 billion coming from German and French public authorities.

If ACC can make a cheaper battery with more energy density and which charges faster, Tesla will no doubt get a run for its money.

Electric vehicle batteries are the most expensive component in electric cars. Finding a cheaper way to produce them would make electric vehicles more affordable. Watch the video below to learn more: 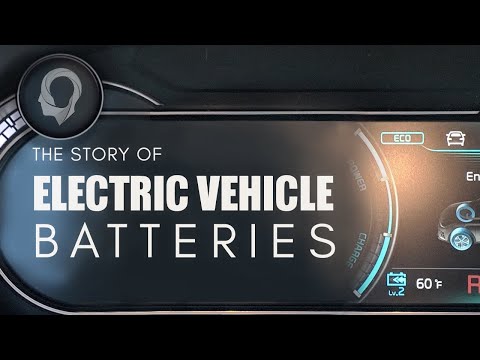 Currently, Tesla boasts of over 17,000 supercharger stations across the globe. These superchargers refuel most Tesla batteries faster than is possible using home charging points, for instance.

The network of superchargers provides Tesla with a competitive edge over rivals since it reduces friction points for EV owners and improves customer experiences.

Oil majors, though, are intent on spoiling Tesla’s party with European firms leading the way.

British supermajor BP is among the most ambitious on this front. By 2030, BP intends to have over 70,000 EV charging points from the current 7,500.

Last year, Spanish oil giant Repsol acquired the EV charging network of Ibil, increasing the number of its public charging points to over 230.

U.S. majors are lagging, though, with a few exceptions. Chevron, for instance, recently took part in a $240 million fundraising round for EV charging provider ChargePoint.

With the inevitable electrification of mobility, Tesla is no small threat to Big Oil. But oil majors won’t go down easy. Only time will tell if their efforts will be successful.