Following the precedent set by some European countries such as Austria, France, Italy, Spain and the United Kingdom, New Zealand has indicated it will introduce a digital services tax. This is expected to affect internet giants such as Google and Facebook, according to the New Zealand Herald.

Per New Zealand’s Prime Minister, Jacinda Ardern, this is aimed at achieving ‘fairness and balance’ in the country’s tax system. Currently, according to Ardern large internet firms have been fulfilling their tax obligations as required by law:

Highly digitalized companies, such as those offering social media networks, trading platforms, and online advertising, currently earn a significant income from New Zealand consumers without being liable for income tax. 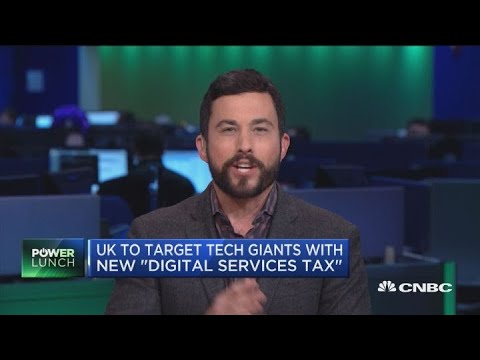 Consequently, Ardern has indicated that consultations on the proposed digital services tax (DST) will be conducted. Per New Zealand’s Revenue Minister, Stuart Nash, the interim measures are likely be enacted by the end of next year. Typically, a digital services tax rate falls between 2 to 3%.

Will the US Reaction To New Zealand’s Digital Services Tax Resemble Its Response To Similar EU Proposal?

If the reaction of the United States to a similar move by the European Union is anything to go by, it might not be a pleasant one. When the European Union was contemplating a region-wide DST last year, the U.S. Chamber of Commerce strongly criticized it.

Specifically, the chamber claimed that DST would target American tech giants and would set a ‘dangerous precedent’:

…these measures improperly target large American technology companies.  Proponents have not been shy about their intentions in this regard.  Targeting specific companies or sectors would set a dangerous precedent.

Indeed with New Zealand being a much smaller market compared to the EU, the biggest concern for the U.S. would be the snowball effect it might have across the globe.

What Are The Other Concerns With Regards To Digital Services Tax?

Normally in places where the DST has been implemented, it has been based on turnover. The tax is levied on revenues generated from for instance selling advertising space. Implementing it has proved to be a complex matter.

This is because attributing internet users with the value linked to revenues generated by online giants is technically difficult. For instance, a lot of arbitrary assumptions have to be made regarding the kind of user interactions considered valuable.

Another criticism that has been leveled against the DST is that internet giants are unlikely to absorb the tax. In the case of New Zealand, this additional expense will likely be passed on to the internet giants’ clientele. This includes online advertisers.

The U.S. Chamber of Commerce has also previously warned that such as tax would hurt the tech sector broadly:

…proposing to tax revenues ignores the costs associated with sales.  Such a turnover tax dissuades investment and discourages innovation and entrepreneurship.