People can’t seem to stop talking about President Trump using the term “Chinese virus.” He says he’s using the term because China attempted to blame the coronavirus on U.S. soldiers.

When pressed on why he insists on using the term President Trump commented: 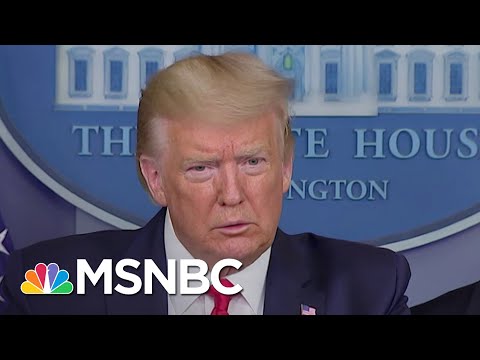 While the Media Focus on President Trump, Misinformation Runs Rampant

I can understand why the media tries to fill much of their columns with Trump news. He sells. Like him or hate him, most people have a strong opinion on the guy.

The problem is, while we’re all discussing how racist the use of the term “Chinese virus” is, the online world is being infested with harmful Chinese whispers.

Imagine the effect this will have on the pandemic-related content we’ll see on those platforms.

Over the past month or so, there have been coronavirus origin theories that include the use of 5G, billionaire tech moguls, and borderline racist immigration nonsense.

One article even claimed the coronavirus was a bioweapon smuggled from Canada by China. It’s a prime example of how a ridiculous theory can grow legs when left unchecked.

Initially published by a low-rank Indian geopolitical site, the story was far-reaching enough to be picked up by ZeroHedge. Before long, the theory saw almost 25,000 social media reposts.

This all spread before the Canadian authorities even knew the story was out there, let alone had any time to counter it. Soon after, several US-based anti-China political websites were carrying the theory.

Anti-China rhetoric has already made its mark on the streets of the U.S. I doubt these instances will lessen any time soon. While the threat of the coronavirus is very real, the misinformation surrounding it could be just as dangerous.