The PlayStation 5’s backward compatibility capabilities remain shrouded in mystery. Apart from vague assurances from Sony that it is hard at work to “secure complete compatibility” for the PS5, there’s little to help us gauge the scope of what we can expect.

The internet and press are rife with speculation, with many saying that PlayStation 4 compatibility is almost a given due to architectural similarities with the PS4.

The waters grow murkier when it comes to how far back Sony’s next-generation console will go.

Can we envisage booting up PlayStation 2 titles or even hits from the original PlayStation era?

After receiving a tip yesterday containing what a source claims are images drawn from a PlayStation 5 design patent, we went about trawling patent sites and the internet at large for clues to corroborate the apparent leak.

While we failed to find anything relating to the design itself, our search may have unearthed our best look at how Sony is hoping to implement backward compatibility in the PS5.

This quest led us to a thread on the NeoGaf forum, which contained a link to a US patent filing by Sony Interactive Entertainment and, more interestingly, PlayStation 5 lead architect Mark Cerny.

Dubbed “Backward compatibility through use of spoof clock and fine grain frequency control,” the patent was filed on Sept. 12, 2017, by Sony Interactive Entertainment. It was granted Jan. 14, 2020.

Without diving into the minutiae of what the patent involves, the basic premise is a method capable of tricking older PlayStation games into thinking they are running on an appropriate original console through a spoof clock speed.

As the patent filing puts it:

In the case of video game consoles, the operation is typically at a set clock frequency, and the software applications are tested for proper operation at this set frequency.

Sometimes, it is desirable to run applications created for the original, less powerful console on a more powerful console. This ability is often referred to as ‘backward compatibility.’

In such cases, it is desirable for the more powerful device to be able to run the application created for the less powerful device without detrimental effects of differences in latency or processing speed.

The patent includes two “modes” to achieve this:

Could This Mean Better PS5 Performance? 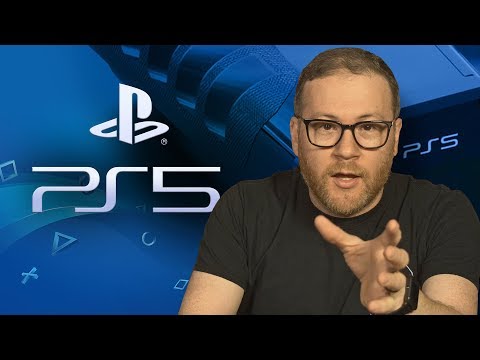 For the average Joe, the most interesting aspect of the patent is that the console will continue to run at full capacity while spoofing the software. This could potentially translate to faster loading and better performance in older games should the original coding allow for this.

It’s worth noting that a patent isn’t an unequivocal indication that Sony will ever employ the proposed technology. And it’s even less of a confirmation that it features in the upcoming PlayStation 5. Still, given the rampant uncertainty, it’s our best look yet at how backward compatibility could work.