Netflix Will Start Streaming “Seinfeld” Around the Time That Nobody Cares

Netflix is apparently doing its imitation of the Black Knight from “Monty Python and the Holy Grail,” i.e.”I’m not dead yet.”

Netflix’s latest attempt to remain relevant is to secure streaming rights to all episodes of the hit NBC series “Seinfeld,” which will begin streaming on Netflix…in 2021.

For the past several years, Netflix has borrowed billions of dollars in order to become the leader in original programming so it could challenge Home Box Office. Yet despite all this talk about original programming, its latest big move is to license a hit series from NBC. 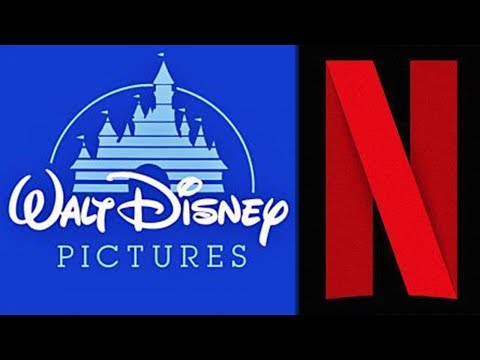 Netflix Struggles to Stop the Bleeding

Netflix is in a boatload of trouble. In its most recent quarter, Netflix surprised the investment community by reporting a loss of 185,000 domestic subscribers. The estimates had been that they would add about half a million.

It can’t be underestimated how much of a shock this was to Netflix bulls and the stock market. While domestic subscriptions had been starting to plateau, nobody expected a decline. That meant those 185,000 subscribers had actively chosen to cancel their subscriptions.

The question is what did the people who canceled Netflix do? Did they migrate to another service, such as Hulu? Did they choose to save the money instead? It’s difficult to be certain.

We are going to get a lot more information over the next 16 months before “Seinfeld” makes its premiere on Netflix.

The Disney Freight Train Is Headed Right at Netflix

Netflix is standing in front of not one but two freight trains.

The first is the Disney+ streaming service. Not only will this include Disney programming, but it will also include 30 years of “The Simpsons” (from the Fox library, which came with Disney’s purchase of the studio), NatGeo programming, and all of the titles from Lucasfilm, Pixar, and Marvel.

It’s unclear if all of this fantastic content will be made available immediately or dribbled out over the course of several months. Not that it matters. I think anyone who orders Disney expects to get all of that content at some point.

The obvious target audience for that portion of the Disney+ streaming service is families. When there are kids in the house, as well as teenagers, all of that content will be relevant and desired.

But that’s not all that Disney+ is going to be offering. It will also be targeting tens of millions of people who watch sports and who receive it through the ESPN+ service.

As if that isn’t enough, adults will also have content made available to them through Hulu, which Disney also owns.

All this will be available to subscribers for a mere $6.99 a month. That’s less than half of what Netflix is charging. Netflix simply will not be able to compete with that amount of content.

We also learned that the Apple’s streaming service will be beginning at about the same time.

Apple has reportedly increased its spend on content from $1 billion to $6 billion over the next few years. At the moment, Apple seems to be aiming for high-quality and content that is similar to offerings at HBO. I think there will be fewer cancellations at Netflix in favor of Apple then in favor of Disney.

“Seinfeld” is clearly seen as a retention play. Netflix wants to try to retain as many subscribers as it can by offering this classic TV series.

That’s all well and good, but it’s not going to make a meaningful difference in terms of subscription retention. Most people look holistically at their chosen streaming service. Does it offer the kind of content that they like to watch in general?

The other problem is that Netflix simply cannot keep up with any of its streaming competitors because it lacks liquidity. Netflix spends a ton of money on original programming, and all of that money is borrowed. Not only that, but the interest rate on these bonds is comparatively high.

All of the other streaming providers have tons of cash to play with. Apple, of course, has well over $200 billion in the bank, so $6 billion is a drop in the bucket. If anything they are probably rolling content out too slowly.

Amazon, like Apple, is a cash flow juggernaut and also has a massive cash hoard. Amazon has been throwing tons of money at content, much of it is quite good, and more than 100 million people get that content for free because they are Amazon Prime subscribers.

While Disney carries substantial debt on its balance sheet, it also has a tremendous amount of free cash flow and its very business is content. 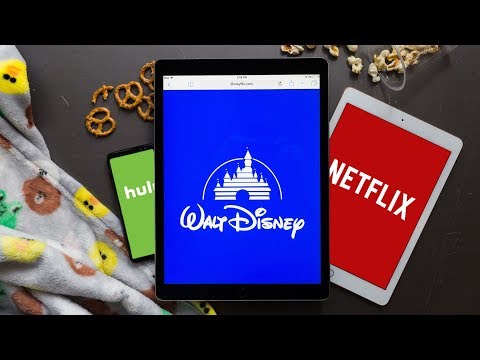 Not only that, but Disney has the strongest legacy content library in the world. No other studio on the planet has the kind of content that Disney has.

Marvel films are timeless. “Star Wars” is timeless. Not only does Disney have all of its multitude of animated classics, but they’ve made the artistically sad but revenue-generating decision to start remaking many of those films as CGI-driven or live-action films for a whole new generation.

Meanwhile, Disney is expanding on its “Star Wars” universe with a live-action show “The Mandalorian” which will also premiere on the streaming service.

Hulu has not been pumping tons of original content out just yet, but because of Disney’s majority ownership, that’s not going to prove to be terribly challenging.

In sum, Netflix can pay big money for streaming rights for all the classic series it wants. That sounds like a step backwards in its strategy, which can’t be a positive sign.

Lawrence Meyers
Lawrence Meyers has published over 2,500 articles on finance and policy at outlets including Breitbart.com, Investorplace, WyattResearch, LearnBonds, Lifezette.com, TownHall.com, U.S. News & World Report, and The New York Observer. He hails from New York City in the USA. Nicki Minaj Is a Mother – Can We Finally Stop Trashing Kenneth Petty?