Georgia lawmakers worry that rural residents don’t have suitable access to Internet services. Their solution is to tax people who enjoy streaming services like those offered by Netflix, Amazon, and Hulu.

The motivation for the idea may be based on fairness, but it’s already stoking concerns that politics are at play.

Referred to as a digital goods and services tax, the idea is being proposed by the state House’s Rural Development Council. Its backers say the 4% tax would streamline the “deployment of wireless broadband.”

A proposal could be dead upon arrival, however. A recent local poll shows the majority of Georgians opposed being taxed for using streaming services. Also, similar legislation has failed to go anywhere.

The idea is largely supported by Republicans, which quickly ramped up conversations that the legislation is politically motivated.

While the idea doesn’t directly state that it’s meant to help people in rural areas who don’t have adequate Internet access, observers chimed in that this was the motivator behind its drafting.

For example, the Atlanta-Journal Constitution said the following about the tax idea:

Georgia lawmakers, coaxed by dozens of lobbyists swarming the state Capitol, are pushing for a tax on digital video, books, music and video games.

Georgia might tax Netflix and other downloadable services like Kindle, iTunes, Spotify & games to subsidize construction of internet lines in economically depressed rural parts of the state. https://t.co/xr9jHPnZDg pic.twitter.com/OFRKqLeDMK

One of the ideas’ backers, Rep. Jay Powell, doesn’t see anything wrong with a streaming service tax users to help those who can’t afford the entertainment.

The proposal hasn’t been introduced to the Georgia legislature. Lawmakers say they plan to introduce it during the current session.

Newly-elected Georgia governor Brian Kemp is not fond of the tax proposal. He said recently that he would likely oppose a proposal that would impose a tax on internet services like Netflix, e-books and music downloads to raise money to expand rural broadband access, according to the AJC.
Georgia is not the first state to want a streaming service tax. Florida, North Carolina, Pennsylvania, and Washington have each imposed their own form of streaming tax on digital media, as well, according to the Foundation for Economic Education.

The foundation noted that in Chicago, an effort to assess an amusement tax is being fought by Apple. The tech giant charges that the tax violates the Internet Tax Freedom Act.

The tax would target streaming services because their offerings are making a ton of money in an increasingly attractive space.

Amazon is not just focusing on streaming movies as it takes on competitors. It’s also developing a game streaming service that would compete with Microsoft and Google with instant video games housed on powerful servers, CCN.com reported.

As soon as next year, the videogame industry in the U.S. will be worth an estimated $20.28 billion, CCN.com reported.

In the streaming games effort, Amazon is going up against Google’s Project Steam and Microsoft’s Project xCloud. 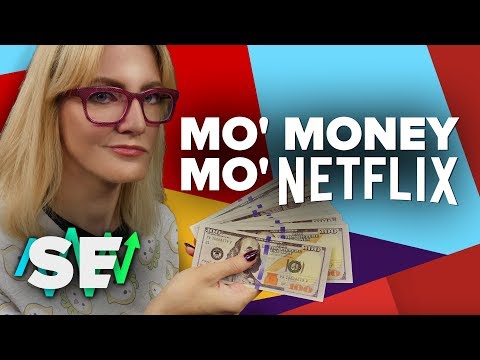