Trump, of course, is defending his presidency against a Democrat-led impeachment inquiry. Netanyahu has been indicted on criminal charges, including bribery, fraud, and breach of trust.

While one fight is inherently political and the other criminal, it’s hard not to draw parallels between the Trump impeachment and Netanyahu indictment.

Quid pro quo is at the heart of both the Netanyahu indictment and the Trump impeachment inquiries. The cases are eerily similar.

The most severe case against Netanyahu, Case 4000, alleges that Netanyahu engaged in improper regulatory assistance to the tune of more than 1 billion shekels, roughly $280 million.

The common person has long been subjected to the whims of the rich and powerful. Throughout most of history, this wasn’t hard to accomplish. News traveled slow, and most people were uneducated anyway.

The internet, though far from perfect, has rendered this old model of complete subjection obsolete.

However, world leaders continue to devise new and increasingly more devious methods of clinging to power. For both Trump and Netanyahu, that strategy involves poisoning the well.

For instance, Netanyahu said that investigators:

Weren’t after the truth, they were after me.

Similarly, Trump has repeatedly derided all manner of investigations into his behavior as witch hunts.

Netanyahu has also used the same “witch hunt” phrase and has gone as far as to call the indictment – delivered by the man that he appointed attorney general – a coup.

Modern political actors regularly deride their enemies as the second comings of Adolph Hitler, but authoritarianism in the 21st century tends to look more like Joseph Stalin. Blitzkrieg warfare has no place in the modern world. However, Stalin’s brutal, effective, and insidious methods of enforcing cultural uniformity are, once again, at the forefront of civil discourse.

Stalin’s methods are visible through the deliberate cloud of confusion that both Netanyahu and Trump hope to create. They may not be able to suppress their critics, but their cries of “Fake news!” are meant to fashion an existence where real news can’t be distinguished from the false. The end goal? Persuade the public to dismiss all news.

Only time will reveal whether Netanyahu and Trump’s sustained attacks on democracy will be successful. But it’s the duty of every US and Israeli citizen to resist these affronts to liberty. 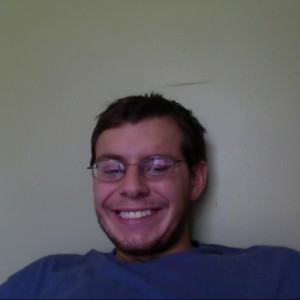 Danny Murphy
Covering the economy, politics, and sports for CCN. Lives in the Hudson Valley region of NY. Hobbies include music, film, television, literature, and comedy.
Subscribe
0 Comments
Inline Feedbacks
View all comments
← PreviousFacebook Insiders are Donating Massively to Dems. Is the Zuck-Trump Bromance to Blame?
Next →Michael Bloomberg’s 2020 Run Delivers a Gift to His Democratic Rivals