The Nana brand of feminine hygiene products is under fire in France for putting out a nearly-NSFW ad campaign dubbed “Viva la Vulva” that has been deemed too offensive, even by stereotypical French standards.

According to French publication Le Figaro, legions of consumers have demanded that regulators ban the ad, which repeatedly symbolizes vulvas using objects including caves, shells, fruits, puppets, origami, mollusks, cupcakes, oysters, and purses. Critics allege that the ad is degrading to women. 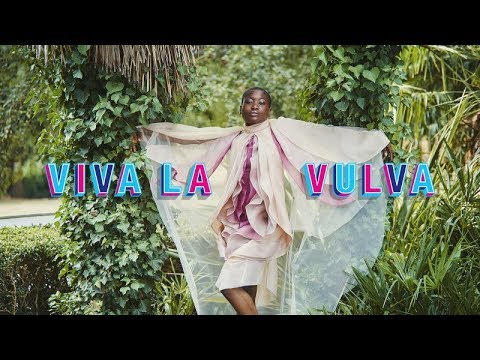 ‘The only perfect vulva is yours!’

The feminine care brand argues that the ad campaign – which translates to “Long Live the Vulva”  – is meant to break taboos. Specifically, the vaginal metaphors are aimed at challenging body-shaming and stigmas surrounding menstruation. This, according to Nana, will allow women to be less inhibited with their genitals.

Per a loosely translated text on the company’s website, a significant number of women are ashamed by the appearance of their genitals:

“62% of women do not know how to correctly define a vulva, and almost half of them think that theirs is not ‘perfect.’ We want to break the taboos, we wish that women perceive their vulva in an uninhibited way.”

The feminine care brand goes on to argue that the “only perfect vulva is yours!”

However, many French consumers find the ad revolting, not empowering, and the backlash has triggered a deluge of complaints to the country’s electronic media regulator, the Conseil supérieur de l’audiovisuel (CSA). Offended viewers want the CSA to ban both the 30-second TV spot and the uncut, three-minute version shown above.

Per Sudinfo, over 1,000 complaints have been sent to the regulator. However, the CSA has deemed this number insufficient to initiate action.

Additionally, a petition has been launched on Change.org to have the ad taken off the air. It’s garnered nearly 9,000 signatures.

While the Nana campaign has provoked outrage in France, this is not the first time it has publicly aired in Europe. Nana-parent Essity’s feminine care brand for the Nordic region, Libresse, debuted the “Viva la Vulva” campaign last year in November.

Owing to its bold and unique approach, the campaign has proved to be a hit with critics. Mid this year, “Viva la Vulva” won its creator – London-based ad agency Abbott Mead Vickers BBDO – gold and silver at Cannes in the Creative Strategy category.