Charlie Munger, the vice chair of Berkshire Hathaway, has a chilling message about the economy. At a business meeting in Los Angeles, the long time Warren Buffett associate said:

I think there are lots of troubles coming… There’s too much wretched excess.

He minced no words about the Shanghai and Shenzhen stock exchanges in China:

In China… they love to gamble in stocks. This is really stupid… It’s hard to imagine anything dumber than the way the Chinese hold stocks.

And said corporate earnings reports on Wall Street are basically a scam:

I don’t like when investment bankers talk about EBITDA, which I call bulls*** earnings… Think of the basic intellectual dishonesty that comes when you start talking about adjusted EBITDA. You’re almost announcing you’re a flake.

Just how much trouble does Charlie Munger, and his partner, the “Oracle of Omaha” think is in store for the American economy?

Berkshire Hathaway Is Building “A Fortress”

I met him in 1959 and we instantly became partners in thinking… but I knew immediately upon meeting Charlie, that we were gonna be– that we were in sync. -Berkshire Hathaway chair and CEO, Warren Buffett (May 2019, CNBC) 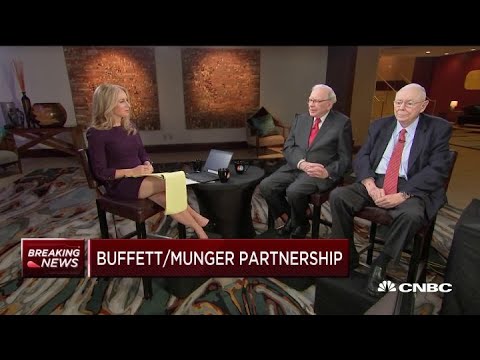 In his annual letter to Berkshire Hathaway shareholders for 2018, Warren Buffett said:

Berkshire held $112 billion at yearend in U.S. Treasury bills and other cash equivalents, and another $20 billion in miscellaneous fixed-income instruments.

We consider a portion of that stash to be untouchable… Berkshire will forever remain a financial fortress.

But he also writes that only $20 billion of that is reserve “to guard against external calamities” and “never risk getting caught short of cash.” Since he wrote that letter, Berkshire’s cash pile has grown to $128 billion. So just what kind of an economic calamity is Berkshire Hathaway saving $108 billion for?

The only other time since 1987 that Warren Buffett’s company held this much cash as a percentage of its public stock holdings, was in the years leading up to the Great Recession. In 2007, Berkshire had 58.9% as much cash as it had equity securities. As of the holding company’s most recent report, for Q3 of 2019, that figure is 58.1%. 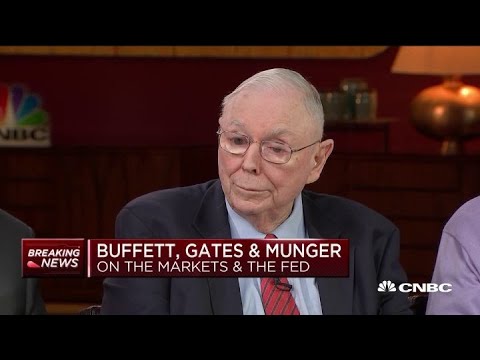 Last May, in an interview with CNBC’s Becky Quick, Charlie Munger said:

I am so afraid of a democracy getting the idea that you can just print money to solve all problems. And eventually, I know that will fail…

Who knows when money printing runs out of control. At the end, if you print too much, you end up with something like Venezuela.

Munger and Buffett are hardly theoretical economists making grand pronouncements about central banking monetary policy while safely cloistered in academia. They’re putting big money where their mouth is. And they made enormous profits from pillaging the ruins of the economy the last time they amassed a war chest like this.

Today stocks are more overvalued relative to GDP than back then.