When people think of the term ‘white girl’ or ‘Karen,’ they might picture someone who looks like Anna Kendrick.

When most people think of ‘injustice,’ they now think of George Floyd.

What do these two have in common? Well, both have recently been through a ‘traumatic event.’

George Floyd was murdered by the police, and Anna Kendrick just compared to working on the set of ‘Twilight’ to a “hostage situation.” 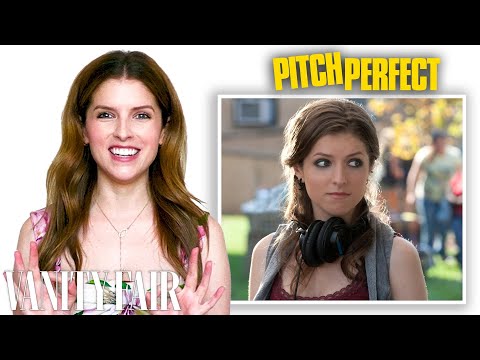 If you thought Ellen DeGeneres was tone-deaf during the Black Lives Matter (BLM) movement, get a load of Anna Kendrick.

Anna Kendrick Wants to ‘Murder Everyone’

She said the first movie was filmed in Oregon, where it was “cold and miserable.” Honestly, I don’t know how she kept going.

Even as her Converses were “completely soaked through,” she persevered.

At one point she said she had the following thought:

You know, this is a really great group of people and I’m sure that we would be friends at a different time, but I want to murder everyone.

Thank goodness she didn’t! We may have never gotten “Breaking Dawn.”

She then likened the experience of being cold to a “trauma event,” which brought everyone together.

Like you imagine people who survive a hostage situation, and you’re kind of bonded for life.

Facepalm. Anna has said that her role in Twilight paid her bills while she shot other movies. She’s now worth $20 million.

How much money did George Floyd make for his traumatic event? None. He was killed.

But at least he didn’t get his feet wet!

While it would normally be mildly annoying to hear a Hollywood star express frustrations about shooting a blockbuster film, it’s currently absurd.

Does she expect us to feel sorry for her right now?

It sounds like that time Ellen DeGeneres said being stuck at home in a pandemic was like being in jail.

Did Ellen forget that we don’t all live in $30 million mansions?

Of course, she didn’t stop there. Ellen, like Anna Kendrick, has failed to grasp her role in the BLM movement.

Whether she was posting insensitive tweets or filming herself crying like a good narcissist, she just doesn’t seem to get it. But that’s something we’ve come to expect from Ellen DeGeneres.

While Anna Kendrick’s statements might not qualify as ‘racist,’ they do qualify as oblivious, which is nearly as bad.

Our public figures should have awareness around current events. They should use their platforms to lead and spread the right messages. At the very least, they should be aware of their privilege.

As we’re slowly starting to learn, those leaders probably won’t be coming from Hollywood.