For many Dallas Cowboys fans, head coach Mike McCarthy will be able to do no wrong – at least until the 2020 season starts. There’s a simple reason why: He’s not Jason Garrett.

Garrett gave the franchise with some much-needed stability, but that .500 ceiling was just too much to bear.

If Mike McCarthy wants the honeymoon period to last, he’s going to have to prove he can turn the team around. If he drops the ball, makes a few classic Cowboys coaching errors, or becomes another Jerry Jones puppet, the claws are going to come out.

It looks like he may have already made his first big mistake.

From NFL Now: One way for the #Cowboys to keep OC Kellen Moore was to have him continue as the play-caller — a smart move by Mike McCarthy. pic.twitter.com/5EIeJ9IRUX

Mike McCarthy: Kellen Moore Will Be Calling The Plays

Late last week, McCarthy announced that Kellen Moore would be calling the plays next season. Coming from a guy that once said he would never give up play-calling duties, the move came as somewhat of a surprise.

But it sounds like it was a bone the Cowboys had to throw Moore to get him to come back. They should have let him go.

Granted, the Cowboys had the No. 1 offense (total yardage) during the regular season with 431.5 yards a game.

But they often gained the most yards in blowout wins over soft opponents or – later in the year – while trying to stage comebacks from significant deficits.

When the team needed the offense to perform, it was not up to the task.

Moore was an improvement over Scott Linehan, but the Cowboys offense struggled in clutch situations, especially near the goal line, and Moore often failed to keep Ezekiel Elliot involved. 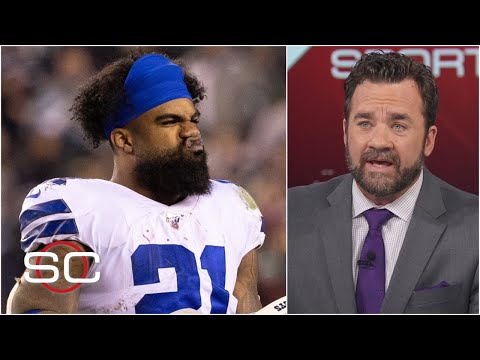 When the game was on the line, and the Cowboys needed a big play, they didn’t produce. Too often, Moore had his best weapons on the bench when the team really needed them.

If all that wasn’t enough, according to several Saints defenders, Moore used many of the same signals calling the Cowboys offense as he used back during his playing days at Boise State.

Can mistakes get much more amateur than that?

Cowboys fans had better get ready for another decade of 8-8 finishes.