Michael Porter Jr. has finally begun to live up to the hype.

The Denver Nuggets wing built on his promising recent play Thursday night with an eye-popping performance in his team’s road win over the Indiana Pacers. Porter dropped a career-high 25 points while putting his rare blend of physical tools and shot-making talents on display, misfiring on just one of his 12 field goal attempts. 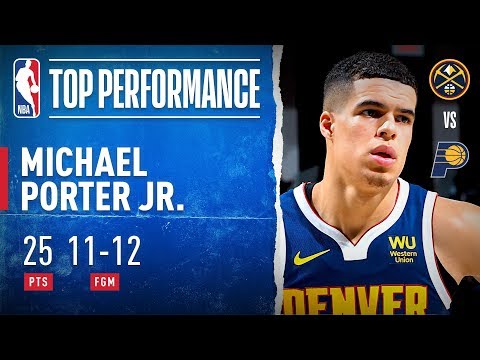 It was the type of game Nuggets fans dreamed of when Porter was the talk of preseason practices. But a numbers crunch on the wing limited his opportunities over the first couple months of 2019-20.

Now seemingly entrenched as a key member of Denver’s rotation, Porter’s ongoing emergence could take the Nuggets up a notch in the rugged Western Conference pecking order.

Nuggets Prove That Porter Was Worth the Wait

Porter was once considered a generational high school prospect. A back injury derailed his freshman season at the University of Missouri, though, and Denver slow-played his NBA debut last season after plucking him with the final pick of the lottery in 2018.

All offseason intel suggested Porter would be a critical rotation piece for Denver this season. But Michael Malone, cut from the old-school cloth of NBA coaches, made Porter earn his minutes before gifting him playing time ahead of veterans like Torrey Craig, Malik Beasley, and Will Barton.

As frustrated as fans were that Porter was in and out of the rotation early this season, Malone seems confident in how he handled the 21-year-old’s development – and rightfully so.

“I knew that Michael — if he is given minutes and given a chance to play — he is just too talented, the game comes too easy for him, especially offensively,” Malone said on Thursday, per NBA.com. “This is just a glimpse of what’s to come.”

Why Porter Is a Perfect Fit on the Nuggets

The Nuggets have long lacked what all but a few select teams do. Wings with reliable three-point range and natural scoring instincts who double as versatile defenders, after all, are the most sought after commodity in the NBA.

Denver compensated for that deficiency over the past few seasons by splitting time at small forward between Barton and Craig. They’ve fared well to varying degrees, but neither possesses the innate two-way capabilities reserved for a quality wing starter in today’s league.

Porter doesn’t own that distinction quite yet. But at 6-foot-10 with ample mobility, burgeoning strength, and the ability to score at all three levels of the floor, he oozes the potential needed to fill the biggest hole on the Nuggets’ roster.

Denver has quietly won 10 of its last 12 games, surging to second-place in the West at 24-10. The stark midseason improvement expected from Nikola Jokic after his distressing start to 2019-20 is already taking hold. He’s averaging 22.3 points, 9.6 rebounds, and 6.8 assists on elite shooting marks during the Nuggets’ 10-2 binge.

But Jokic re-staking his claim as a unique offensive force won’t much change Denver’s standing with respect to the conference’s true championship contenders. The Los Angeles Lakers and LA Clippers still stand a tier above other teams in the West with title hopes. 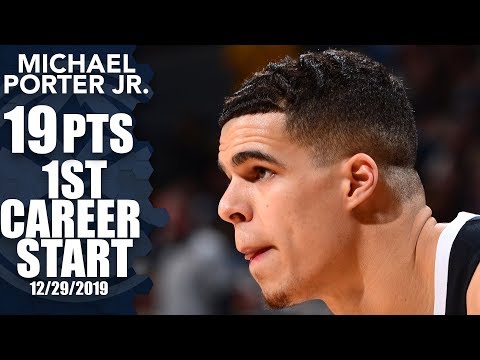 Porter cementing himself as a cog for the Nuggets wouldn’t change that equation. But the margins matter at the highest levels of the NBA, and with his team now living up to lofty preseason expectations, Porter’s value to Denver has risen exponentially.

The Nuggets need all the size and athleticism they can muster in potential playoff battles with LeBron James and Kawhi Leonard. Is Porter ready for those matchups? No way. But he’s better suited for them than Malone’s other perimeter options on the wing.

As long as Porter continues ascending, Denver will continue rising up the Western Conference hierarchy – separating itself as the biggest threat to the Lakers and Clippers.