Political implications aside, the fascinating issue here is how Bloomberg News must now cover the presidential race. 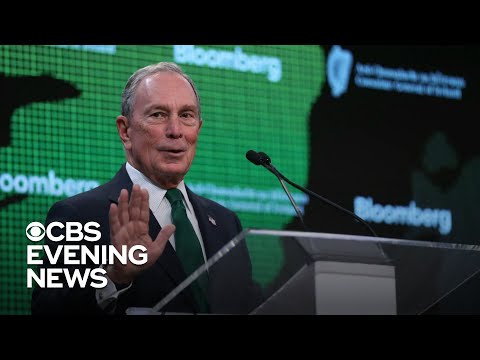 Michael Bloomberg’s media empire is a massive, sprawling organization. It employs about 20,000 people worldwide with offices in 120 countries. The most public-facing branch of this media empire is Bloomberg News.

No human wants to bite the hand that feeds. Realizing they can’t cover the presidential race objectively anymore, Bloomberg News ceased investigations into the 2020 Democratic primary candidates. That aligns with the company’s policy not to investigate Bloomberg or his family.

But Will Keep Investigating Trump – For Now

But they won’t stop investigating President Donald Trump, arguing that he represents the “government of the day.” Should Michael Bloomberg win the Democratic Nomination, they will “reassess” how they cover Trump.

The Democratic National Convention doesn’t start till July 13, 2020, which means that – assuming Bloomberg stays in the race until its conclusion – his media empire still has 231 days to continue all manner of investigations into President Trump.

It is mind-boggling how Bloomberg News acknowledges that investigating Michael Bloomberg or his Democratic opponents is unfair but can’t extrapolate that train of thought one step further.

For 231 days, Bloomberg News will be investigating the man who may very well be on the opposite side of their boss come ballot time.

All while treating their boss completely hands-off. This hardly seems fair.

Bloomberg Is Creating – Not Avoiding – a Conflict of Interest

Once you get over the outrageous hypocrisy of Bloomberg News’s decision in how they will continue to cover the 2020 race, the sheer insanity of what they are trying to accomplish begins to set in.

A news organization will not be investigating the candidates for president in what is shaping up to be the most combative election we’ve ever seen.

By not covering Bloomberg and his Democratic opponents, they are already creating, not avoiding, a conflict of interest.

Journalism can never be silent: that is its greatest virtue and its greatest fault. It must speak, and speak immediately, while the echoes of wonder, the claims of triumph and the signs of horror are still in the air.

Time for Michael Bloomberg to Do the Right Thing

The only solution to this, if Michael Bloomberg wants to continue running for president, is for him is to divest from Bloomberg News immediately.

The sale of a major media company will take time. We all know this. That does not mean the process to start the sell-off can’t start immediately. (CCN.com has previously suggested that Microsoft could be among the potential buyers.)

Regardless, anything short of Michael Bloomberg’s total divestment from Bloomberg News is a threat to journalism and the public.