Michael Bay Stoops to a Shameless New Low With “Songbird”

Just when you thought Michael Bay couldn’t get any worse, he produces “Songbird,” a shameless cash-grab that exploits a global crisis.

Michael Bay is about as shameless as it gets.

As the world is still in the midst of a struggle to find a resolution to a global, deadly pandemic, Michael Bay is right there, ready to capitalize.

You may have seen the trailer for his latest movie, “Songbird.” If you didn’t, check out the clip below: 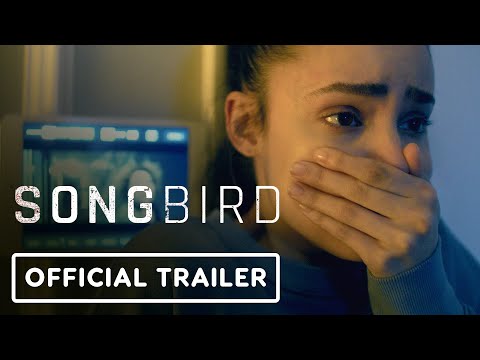 “Songbird” Is the Movie Nobody Asked For

It was only a matter of time. As soon as the coronavirus pandemic hit, you knew some Hollywood big wigs were licking their slimy lips, just waiting for the right moment to cash in with a movie about it. You probably thought that moment was coming a year or two in the future when the world had emotionally adjusted.

They couldn’t stand to wait, knowing there were millions of scared, anxious, bored viewers to exploit.

It’s like holding a piece of raw meat in front of an untrained dog. It was inevitable. And it should come as no surprise that Michael Bay produced it.

Based on the trailer, “Songbird” revolves around the pandemic, four years into the future. There are images of abandoned theme parks, and run-down cities as the world grapples with (brace yourself) “Covid-23.”

Spoiler alert: Covid-23 is a more intense, mutated version of Covid-19.  There appear to be government agencies that knock down doors and rip infected citizens from their homes. Based on these citizens’ terror, don’t be surprised if the government plans to kill them.

The world is already on edge. Distrust for the government has never been higher. Conspiracy theories have run amock. Vigilante groups are forming based on these theories. The economy is teetering. And to top it off, we’re less than a week away from one of the most pivotal elections in U.S. history.

Sounds like the perfect time to raise the tension!

The amount of audacity you need to use this current, unresolved, global catastrophe to sell movie tickets immeasurable.

But what else would you expect from someone like Michael Bay?

Michael Bay Is Not Big On Integrity

Michael Bay has had an interesting pandemic. Four months ago, reports of his creepy behavior began resurfacing.

When he was a 36-year-old director, he allegedly had Megan Fox dance in a bikini under a waterfall. She was in tenth grade.

In 2007, he allegedly invited her to his private residence to audition for “Transformers.” When she arrived, Bay made her dress in a bikini and wash his Ferrari.

In 2001, when asked why he chose Kate Beckingsale for “Pearl Harbor,” Bay said he “didn’t want someone who was too beautiful.”

Well, when it comes to making the first big-budget, shameless exploitation of a global crisis, we certainly don’t want anyone too talented.

Good thing we have Michael Bay.

Aaron Weaver
Aaron is the U.S. editor of CCN.com located in Los Angeles. He has been a professional writer and comedian for over ten years. After graduating with honors from Western Michigan University, he's written extensively for newspapers, websites, and various TV shows and web series. Email: aaron.weaver@ccn.com. LinkedIn profile.
Subscribe
0 Comments
Inline Feedbacks
View all comments
← PreviousMeghan Markle Wins Trial Delay – But I’m Afraid It Could Backfire
Next →James Corden Is About To Get The ‘Cancel Ellen DeGeneres’ Treatment

Is Machine Gun Kelly a Fearless Artist – or the Next Kid Rock?
Aaron Weaver