Rumors are cropping up that Konami is actually about to do something with Metal Gear Solid.

While everyone was freaking out about the Xbox/Bethesda acquisition, ResetEra user Potterson dropped a bombshell:

I’ll use the Bethesda chaos to just say…

MGS and MGS2 are coming to PC (again)

The rumor of a re-release of MGS 1 and 2 coming to PC was also later confirmed by a moderator on the site.

If we’re getting a port of MGS 1 and 2, then Konami needs to make sure it’s of the Twin Snakes version of the game.

Metal Gear Solid on PC has a Bad History

The Metal Gear Solid series has an interesting history with PC ports. The first game arrived on PC back in 2000 and was a pretty faithful adaptation of the original 1999 PS1 title with a few differences.

Issues only started when Metal Gear Solid 2 arrived on PC. The original version of the game on PS2 used the Dual Shock 2’s pressure-sensitive controls for aiming and firing. That wasn’t possible on PC, so instead of trying to fix it or come up with a workaround, the feature was eradicated.

And MGS 2 had even more issues highlighted in the video below: 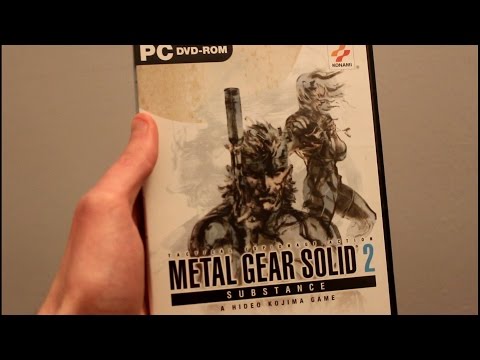 There are Better Versions Out There to Port

It’s a shame, but we already have confirmation that these new PC releases will be straight ports and not remakes. In a later thread, Potterson confirmed that MGS on PC would just be more re-releases, rather than anything more interesting.

Konami hasn’t been the most dynamic games company over the past few years. They’ve released very little, and most of what they did release wasn’t all that great. It’s probably for the best that they’re simply porting Metal Gear Solid and not trying to improve it.

If they’re going to release a port for PC, it had better be the 2004 Game Cube port, Metal Gear Solid: The Twin Snakes. This advanced port added some gameplay features from future games to make it more palatable to a modern audience. Still, more importantly, it keeps the characters from looking like they’re Hideo Kojima’s papercraft project.

Will Kojima Be Scrubbed from Metal Gear Solid?

Another interesting question regarding these Metal Gear Solid re-releases is whether they’ll still feature the name of series creator Hideo Kojima.

Originally his name was plastered all over these games like a true auteur passion project, but Kojima had a messy divorce from Konami back in 2015, and since then, Konami has kept the rights to Metal Gear Solid.

It’s not immediately clear if Konami would be vindictive enough to scrub all of Kojima’s credits from the game, or if they’re even legally allowed to do so. The only thing we do know is that Konami has to mess these ports up somehow. It is Konami, after all.