While intoning about the limits of presidential power, Karlan said:

Contrary to what President Trump has said, Article 2 does not give him the power to do anything he wants. The Constitution says there can be no titles of nobility, so while the president can name his son Barron, he can’t make him a baron.

Aside from the fact that Donald Trump never actually tried to do that, the Democrats’ expert witness trespassed on a basic rule of civility in political combat. The longstanding, unwritten rule in politics is that presidents’ children are off-limits to opponents’ attacks.

That’s where Democrats drew the line when Obama was president. Even before he was president, when Barack Obama was asked to comment on Sarah Palin’s teenage daughter becoming pregnant in September 2008, Obama sternly told reporters:

I think people’s families are off limits and people’s children are especially off limits.

Melania Trump has long prioritized being a mother to her son, Barron, over politics. She told 20/20 in a 2015 interview:

It’s my choice not to be there. I support my husband 100 percent, but we have a 9-year-old son together, Barron, and I’m raising him, and this is the age he needs a parent at home 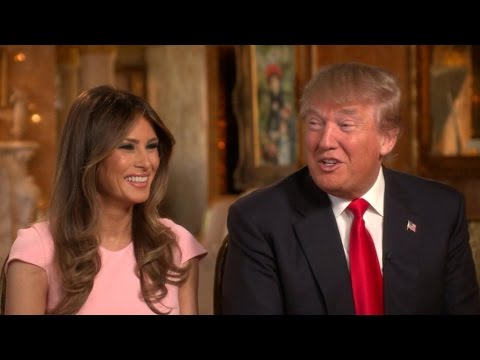 FLOTUS: ‘Children should be off limits’

It does make me angry, because children should be off limits… I protect him, and I want to give him as normal a life as possible. This is not a normal life, but I like to protect him and give him the childhood he deserves.

In 2017, after becoming FLOTUS, Melania Trump thanked Chelsea Clinton for defending Barron Trump from a Daily Caller article making fun of his style and clothes. Barron was 11 years old at the time.

Chelsea Clinton, who was the same age as Barron when her dad was president, knows something about growing up in the White House.

Only in the minds of crazed liberals is it funny to drag a 13-year-old child into the impeachment nonsense.

Pamela Karlan thought she was being clever and going for laughs, but she instead reinforced for all Americans that Democrats have no boundaries when it comes to their hatred of everything related to President Trump.