Meghan Markle wants to make sure her voice is heard. The Duchess of Sussex revealed she’s voting in this year’s presidential election, which will take place on November 3rd.

And while the Duchess didn’t say who she’s voting for in the upcoming election, she revealed why. She’s a patriot through and through – and she’s willing to prove she’s a leader by breaking from “royal protocol.”

Meghan Markle Knows What It Feels Like To Be Voiceless

Meghan shared her thoughts on the election in a special edition of Marie Claire Magazine, which recounted stories of influential women and why they believe political engagement matters.

She explained that she knew what it felt like to be voiceless – and for that reason, she was exercising her right to vote.

I also know that so many men and women have put their lives on the line for us to be heard. And that opportunity, that fundamental right, is in our ability to exercise our right to vote and to make all our voices heard. Do not think your single vote does not matter much. The rain that refreshes the parched ground is made up of single drops.

It’s commendable that Meghan Markle understands the fundamental pillars of American democracy. Even nobler is that for all the vitriol directed her way, she isn’t afraid to buck royal protocol and exercise that right.

Just last month, Meghan Markle – who kept a relatively low profile when she, Prince Harry, and baby Archie moved to Los Angeles – joined former first lady Michelle Obama as a speaker at the 2020 Girl Up Summit.

The abhorrent commentary Meghan’s speech incited was appalling – and entirely without justification. Sadly, it was what we’ve come to expect from her detractors.

Video: Michelle Obama praised Meghan Markle for “breaking the mold” of what it means to be a royal family member. 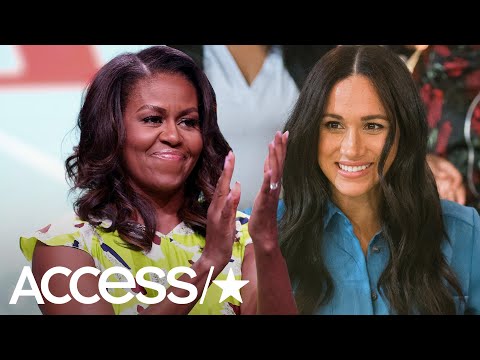 It’s amazing that Markle manages to keep her head up despite this constant onslaught of negative press and social media hatred.

It’s a testament to what we knew already: Despite her haters’ assertions, she is a true leader – and the epitome of class.