I’m sure the Sussex Squad has long been breathlessly counting down the days, but the rest of you who have a semblance of life may not realize a big date is looming. Meghan Markle is turning 39 next week.

That’s right. It’s the Duchess of Difficult’s last birthday before the big 4-0 – and her first since shamelessly walking away from her royal duties.

I can hear you asking: Why is a former royal’s birthday a big deal?

It’s not, but you know as well as I do that things don’t work that way in the wacky world of Meghan fandom.

The ‘big’ question: Will there be a royal reaction?

Meghan Markle fans are already sharpening their digital knives for the big day, waiting to pounce any perceived lack of respect for their idol.

It’s a bit ironic. The Sussex Squad has spent the better part of 2020 telling us how much Meghan and Prince Harry don’t need the royal family.

And yet you can bet your last dollar that if those Westminster Abbey bells aren’t ringing come August 4, there’ll be much gnashing of teeth and “triggered” individuals crying about racism.

If it’s good enough for Prince Andrew, why not Meghan Markle?

That the bells of Westminster Abbey rang for Prince Andrew despite his recent controversies hasn’t escaped the Meghan Markle zealots.

Let’s be honest here: There’s still a bit of a difference.

When we’re told Prince Andrew “stepped back” from his royal duties, what’s actually being said is that his association with Jeffrey Epstein made it untenable for him to remain in the public eye. 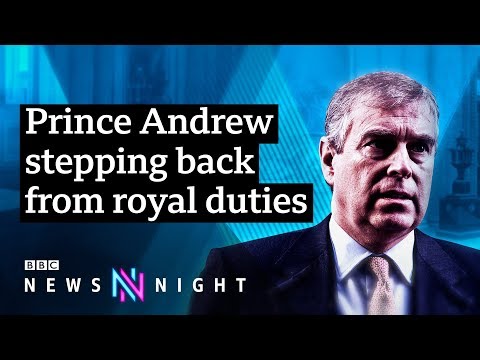 It’s not as though he voluntarily ditched the royals like a bad habit, which is exactly what Meghan Markle and Prince Harry did.

Don’t forget – and I’m sure many Meghan followers won’t like this – Prince Andrew is actual blood royalty. He’s the Queen’s son.

Meghan? She married into the family, but she made it clear she’s an outsider. She’s no more royal than Edoardo Mapelli Mozzi, who recently married Princess Beatrice.

Yes, the bells and official royal recognition will be given to Princess Anne later in August. And why not? She is the Queen’s only daughter, after all!

As a spokesman for Westminster Abbey told the Daily Mail:

The bells are usually rung to mark the birthdays of senior members of the Royal Family, and through the line of succession to the Duke and Duchess of Cambridge and their children.

You would think the above statement clarifies the situation, wouldn’t you? Apparently not.

Nothing will satisfy the Sussex Squad

However, Harry is sixth in line to the throne, two places ahead of Andrew.

Yes, he is, but we’re not discussing Prince Harry’s birthday, are we? The bells will ring loud and proud on September 15.

We’re talking about Meghan Markle. She fits none of the “official” criteria, as laid out by the Abbey spokesperson.

I harbor zero doubt Meghan’s fanbase will lose its collective mind no matter what recognition the royal family gives her on her birthday.

After all, this day is all about Meghan, and more importantly, the chance to be offended on her behalf.