Before the Sussex fangirls lose their minds, any deal Meghan Markle and Prince Harry sign needs approval from the royal family and the Queen.

News that Meghan Markle and Prince Harry have signed a deal with Netflix has got not just the British media but also fans of the Sussexes into a frenzy.

The hype among fans hasn’t been helped with the over-inflated numbers being mentioned as “potential” earnings by the media.

There’s also a certain level of smugness coming from the Sussex Squad in particular, believing that the deal is somehow “sticking it” to the royal family.

As is usually the case with the small but rabid fanbase who follow Meghan Markle and Prince Harry, they’ve dived in without knowing the facts.

Making themselves look rather silly in the process.

Far from “sticking it” to the royal family, both Meghan Markle and Prince Harry need to get approval from the Queen and other key royals before making a single dollar.

A Palace source speaking to the Daily Mail claimed:

Harry and Meghan did leave as working members of the family with everyone’s best wishes, and it is sincerely hoped they find the happiness that appeared to be lacking in their lives.

However, it goes without saying any deals they are making will be scrutinized by the royal household. Under the terms of their deal to forgo their royal duties, they agreed any commercial deals would be subject to discussion.

That last sentence is key.

Anything that Meghan Markle and Prince Harry hope to do will require royal approval.

Surely fans must have known that Meghan Markle and Prince Harry would have to compromise in certain ways once they got the green light to walk away from their royal duties?

Or were you all under the impression that the Sussexes could simply move to California, cash in on Prince Harry’s royal titles, and call all of their own shots?

Come now, the Queen hasn’t garnered the reputation she has over the past 50 plus years by being taken for a fool.

The annual review will happen when the Queen decides it happens.

As things stand, the couple is still receiving a lot of financial help from the royal family. Despite some grandstanding from Sussex cheerleaders, both Meghan and Harry know who’s keeping them afloat until they finally start earning on their own.

Watch as the Queen approves Harry and Meghan’s initial split from the royals. The Queen still has final say on much of what they do. 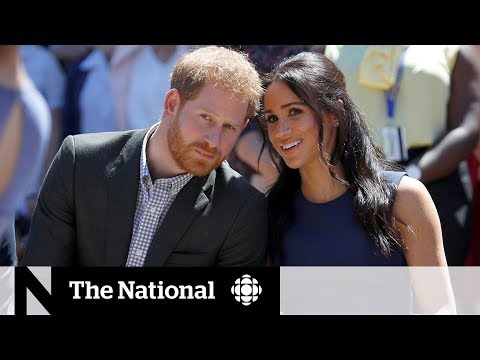 Companies such as Netflix aren’t just handing money away to people for fun. They’ll expect to see a return on their investment, and while the Sussex Squad is undoubtedly loud, they’re not all that great in number.

There are only so many Netflix accounts among the motley crew of internet bullies, and the streaming giant wants views, not Twitter posts and online ranting.

An old Hollywood friend of mine once told me you can never have too big a hit. But you have got to manage expectations. When you switch on the hype machine, you have got to deliver. If it’s something that lets people down, it’s going to backfire.

This is a money-raising exercise. They have got this inferiority complex they are going to have to come back cap in hand to the Royal household. It all sounds great, but what have you got? What names are attracted, what is the first project? If they lose, they have got a lot of egg on their face. For Harry and Meghan, this whole shooting match that they get involved with, it heaps a lot of pressure on them.

Pressure indeed. The signing of the deal is just the beginning. Now the Hollywood Royals need to deliver.

September 27, 2020 13 Comments
← PreviousTurns Out Eminem Is Obsessed With Mariah Carey After All
Next →Kate Middleton Gets Labelled a ‘Rule Enforcer’ – That’s Not a Bad thing