How many of us remember when both Prince Harry and Meghan Markle were the darlings of the British public?

Despite the Sussex Squad’s attempts to rewrite history, claiming that Meghan has always been hated by the racist British, the truth is that this isn’t the case.

Leading up to the royal wedding between Harry and Meghan Markle, the interest and love from the British people was massive. Of course, the Palace had done a grand job of concealing the petulant, childish antics of the Sussexes at that stage, which obviously helped.

Following them disrespecting the Queen by informing her of their intention to step away via email, the couple’s public perception changed.

Again, it was never hate, and it was certainly not based on Meghan’s race.

It was disappointment and anger at how readily they had accepted a publicly funded $40 million wedding, only to turn their backs on the people who had effectively funded both the wedding and their lifestyle.

Now? The anger has passed and has given way to…

Meghan Markle covets many things, but a reaction is always top of the list

Meghan Markle may pretend to crave privacy, but for her, the spotlight is like oxygen. She cannot exist without it.

Meghan and Harry’s fans will undoubtedly pretend that the British public’s support doesn’t matter, but they know fine well that isn’t true.

The U.S audience is still, for the most part, entirely oblivious to the Royal family, with the exception of the Queen.

That is especially the case today when they have far more important matters to deal with, such as elections and a pandemic. Is Meghan Markle and what she’s going to be producing for Netflix really a big deal?

No, the Sussexes exist mainly in the minds of those familiar with the royal family—those who care about the goings-on behind Palace doors.

And it seems that such interest is even waning among that crowd. 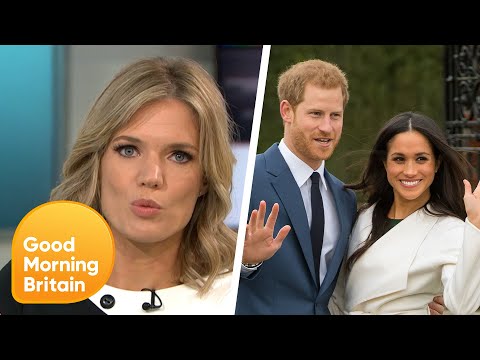 A recent poll suggests interest in the Sussexes is quickly dropping

A YouGov survey conducted following the news of the Netflix deal has provided some interesting results.

It would seem that 20 percent of respondents are “not very interested,” while 9 percent claim to be “fairly interested.”

A whopping 64 percent declared themselves “not interested at all.”

As for interest in the move? Three percent expressed feelings of being “very interested.”

While many fans of the couple seem to believe that Netflix will just hand Prince Harry and Meghan Markle hundreds of millions of dollars now that the deal has been signed, they couldn’t be more wrong.

Much of the success of the project rests on viewing figures.

To put it bluntly, if no one cares about Prince Harry and Meghan Markle, then why would Netflix pay them millions of dollars?

When I’ve claimed in the past that for someone like Meghan, public interest is her oxygen, I don’t say that lightly.

Without public interest, the former royals have nothing to bargain with, and with nothing to negotiate with, they’re just another couple of pampered nobodies trying to live the dream.