No sooner did news break that Meghan Markle and Prince Harry purchased a Santa Barbara mansion than the conversation turned to cost.

At a reported $14.7 million, it’s certainly not cheap. And the mortgage isn’t the only expense that homeownership brings.

What does it cost to maintain a $14.7 million estate in one of the most exclusive communities in the United States?

And, most importantly: who’s paying? 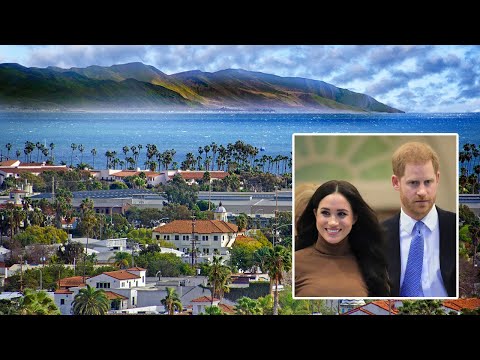 Do Meghan Markle & Prince Harry realize how expensive their new home will be?

The exact financial figures will be hard to pin down, but the Daily Mail has done an excellent job of throwing together an estimate of what the property will cost to maintain: $4.4 million per year.

Here’s how some of the typical annual costs break down:

Those are all fairly straightforward, but it’s important to remember that Prince Harry and Meghan Markle aren’t your average homeowners.

I don’t see Meghan grabbing the vacuum or Prince Harry getting involved with DIY repairs. They’ll have to budget around $300,000 per year to pay their staff.

And then there’s the security detail, although Prince Charles is reportedly covering that – to the tune of $3.3 million per year.

That’s a grand total of over $4 million per year – and it doesn’t include other living costs. The younger Prince has grown accustomed to a coddled life. Throw in Meghan Markle’s spending habits as a royal, and you can bet their monthly outlay will be sizeable.

Do the Hollywood Royals have the financial clout to afford this?

That’s quite literally the million-dollar question.

According to a source speaking to the Daily Mail, they say they do:

[Meghan and Harry] feel proud to have struck out on their own, and they are saying they bought it without any help from his family.

A few points on that claim. First of all, Prince Harry and Meghan Markle haven’t technically bought anything. They’ve taken out a mortgage – they’ll pay for the home over the coming years.

And wait, they feel proud? What are they? A couple of newlyweds in their early 20s? We’re talking about two people in their late thirties who have spent the past few years living exclusively on Prince Harry’s family fortune.

It’s laughable to claim they “have struck out on their own.” Virtually every penny Prince Harry has ever spent has come by way of his family.

The guy hasn’t had a proper job for most of his life! I really doubt he squirreled away a $5.2 million down payment from his earnings as a member of the British armed forces.

Prince Harry and Meghan Markle better get earning, and fast!

With their monthly bills surpassing $360,000 before “essential” expenses like cars, private jet rentals (Travalyst be damned!), and Meghan Markle’s wardrobe, the Hollywood Royals need a gigantic income to support their lifestyle.

And that’s not taking into account their existing liabilities on Frogmore Cottage, which remain a shade over $3 million.

It’s no wonder many royal experts and analysts believe there’s one man who’ll end up footing the bill for most of this.

Granted, both Prince Harry and Meghan Markle have signed with a well-known speaking engagement company, but that’s no guarantee that top-dollar offers will come rolling in.

Irritating Prince William was not the best move

It’s not unreasonable to speculate their final monthly budget could top $500,000. That’s going to take a lot of speaking engagements – especially once the novelty of having genuine royalty to gawk at loses its luster in the States.

I have my doubts they can make it happen over the long-term. Prince Harry will likely be forced to resort to making withdrawals from the Bank of Daddy.

He may run into issues when Prince Charles is no longer around, mind you. At that point, he’ll have to go cap in hand to his brother, Prince William.

Sometime around then, it may dawn on Prince Harry that green-lighting a biography that painted William and his wife, Duchess Kate Middleton, in such a bad light may not have been the wisest move.