Meghan Markle and Prince Harry are more than happy to play the victims, but they’re nothing more than spoiled, pampered millionaires.

To hear both Meghan Markle and Prince Harry speak of their lives, you’d think they had it tough.

In an era where millions are losing their jobs due to the recent pandemic and even losing their homes, we have a couple of pampered royal children not only pontificating on how the plebs should be living their lives but doing so from the comfort of their multi-million dollar mansion.

Both Meghan and Harry are freeloaders of the worst kind

It became blatantly obvious from early into their marriage that both Harry and Meghan resented the role of a royal in Britain.

Why? It didn’t provide enough scope to earn large sums of money and exploit their position as royal family members.

Finding Freedom, the Meghan Markle puff piece biography, highlights many of the benefits that both she and Prince Harry have enjoyed over the past few years.

Ironically, and as is usually the case, those with millions of dollars in the bank are the very people who are required to pay for very little.

Freeloading to the tune of $4.6 million – Meghan Markle and Prince Harry are pampered millionaires

According to Finding Freedom, both Prince Harry and Meghan Markle enjoyed “extraordinary acts of generosity” to the tune of over $4.5 million.

This includes the use of private jets and stays in luxury hotels, all of which the couple should be able to pay for from their own bloated bank accounts.

But hey, why spend your own money when you have people willing to give you things for free, right?

One name that crops up frequently in the story of Meghan Markle and Prince Harry is Markus Anderson.

[Meghan] settled on an outfit and then got started on her make-up in her suite at Soho House’s Dean Street Townhouse property. Meghan had been offered a heavily discounted stay at the five-star Dorchester Hotel but chose the luxurious room secured by Markus [Anderson — Soho House director and Meghan’s friend] instead.

Anderson is the global membership director at Soho House, an exclusive members club.

Obviously, he isn’t providing all of these freebies for Meghan Markle and Prince Harry out of the goodness of his heart. The type of people who socialize in these circles aren’t known for their selflessness.

Despite lecturing all and sundry about the environment, Prince Harry and Meghan Markle enjoy using private jets

We’ve all seen Prince Harry and Meghan Markle lecturing the general public about the environment. Harry has even gone as far as to set up a “sustainable tourism” venture in Travalyst. 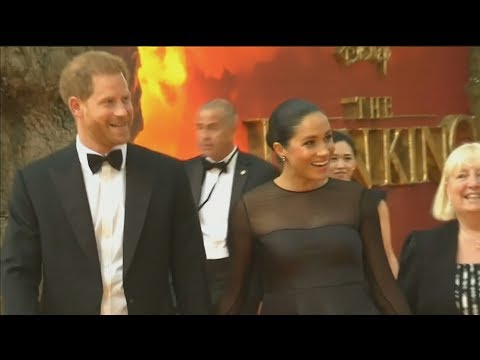 Unfortunately, “simply” Harry decided to ignore advice that waxing lyrical about the environment while burning up the skies in freebie private jet trips would perhaps not go down too well with the general public.

Hilariously, Finding Freedom lists the number of freebies and freeloading the couple has done over the years as though it’s some sort of accomplishment.

Rather than paint Meghan Markle and Prince Harry in a positive light, all the revelations from the book prove is that everyone in the former royals weird social circle has an angle, and everyone is playing the game.