If Meghan Markle & Prince Harry are Liars – Why Trust Them Ever Again?

From the confusion surrounding Finding Freedom we have to ask ourselves – Can we ever trust Meghan Markle and Prince Harry to be honest?

When Finding Freedom, the Prince Harry and Meghan Markle biography, was announced, I had my suspicions that both royals would have had a significant say in the contents of the supposed “tell-all.”

Once excerpts from the book began to drop, I had zero doubt this was the case. The information being discussed was far too personal to have only come from friends and associates of the couple.

I wasn’t the only one, of course. Royal fans and commentators all had their suspicions, and those beliefs have now been confirmed.

What did Prince Harry and Meghan Markle initially claim?

In what is yet another astounding example of this couple being seemingly oblivious to the reality of the world around them, both Meghan and Harry went to great lengths to distance themselves from the content of the Finding Freedom book.

And with good reason.

Finding Freedom is nothing short of a hatchet job against any royals that Meghan Markle and Prince Harry believe have wronged them.

This includes the likes of Prince Charles and Prince William.

When rumors began to gain momentum that Harry and Meghan were involved in the book, the couple went to the extent of releasing an official statement that read:

The Duke and Duchess of Sussex were not interviewed and did not contribute to Finding Freedom. This book is based on the authors’ own experiences as members of the royal press corps and their own independent reporting.

That should have been the end of that.

Watch: Finding Freedom author claims he DID NOT speak to Harry or Meghan for new book 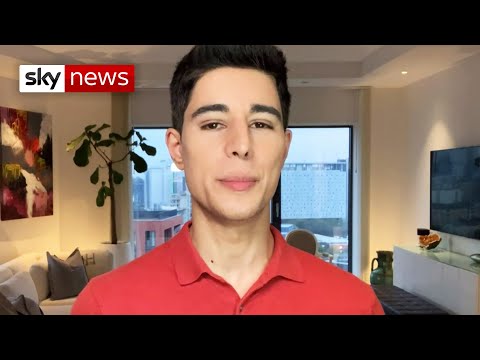 The authors of the book itself completely contradicted the Sussexes statement

In what can only be described as a lousy skit from a comedy show, the release of the Finding Freedom book contradicted the statement issued by Prince Harry and Meghan Markle with the author’s section of the book reading:

We have spoken with close friends of Harry and Meghan, royal aides and palace staff (past and present), the charities and organisations they have built long-lasting relationships with and, when appropriate, the couple themselves.

Did no one from the publishing company, or indeed the authors themselves think to give the Hollywood Royals a head-up on the matter before they released a statement and made themselves look incredibly foolish?

No wonder author Omid Scobie is back-pedaling like crazy on Twitter, grasping at technicalities in what was said to try and defuse the situation and save face.

It is nothing short of an embarrassment for everyone involved.

Can we trust anything Meghan Markle and Prince Harry say?

The fact that the Sussexes were brazen enough to claim that they had no input into the book, only to be quoted as sources in the author’s notes is an example of the lengths they will go to in order to control the media narrative and their own reputation from behind the scenes.

I am not surprised in the slightest that this is the approach Meghan Markle would take. For her, brand matters above all, and this book is her bible as far as setting the record straight with all and sundry from her brief period as a royal.

To all but the most devout Meghan Markle fans, and perhaps anti-monarchists, it should be perfectly clear now that this biography is nothing more than a PR puff piece designed to portray Meghan Markle in the best possible light.

The real question at this stage is to what cost? Prince Harry comes off terribly in the book, and if this financial freedom project should fail, he’s been painted as the fall guy, while Meghan comes out of it all smelling of roses.

September 27, 2020 13 Comments
← PreviousMeghan Markle & Prince Harry Timed Their New Home Purchase Terribly
Next →Dan Harmon and Rick & Morty Are Canceled Because 2020 Has No Sense of Humor