According to the controversial royal biographer, the Duchess of Sussex is the one with the brains in her relationship with Prince Harry.

While Markle’s detractors gloated with glee over Campbell’s previous assessments that slammed the biracial royal, I’m sure that this claim will send them into a tailspin.

One would have to be either willfully obtuse or racially-prejudiced or both, to think that Meghan Markle was a stupid woman. From the age of two, she was educated at some of the finest schools money could buy in Hollywood, and capped off her education at Northwestern University, long considered one of the top 10 schools in the United States to attend.

In a rare show of honesty, Lady Colin Campbell acknowledged as much. She went on to say that Prince Harry is “less intelligent” than the Duchess of Sussex. And capped it off with the assertion that even though he “goes along with whatever she says” in an attempt to please her, Prince Harry and Meghan Markle have a “very strong relationship.” 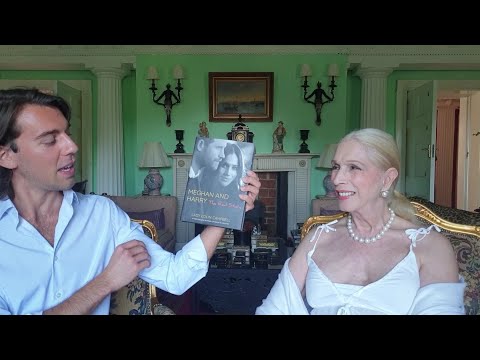 Cue the wails of distress from the Sussex slanderers!

To be clear, even though he wasn’t educated at Northwestern University, Prince Harry’s brain wasn’t exactly left to rot. He was educated at the finest prep schools in England, spent his “gap year” in Australia and Lesotho, and went to Eton College before finishing off his education at the Royal Military Academy in Sandhurst.

But Campbell’s assertions about Meghan Markle will, undoubtedly, cause shrill wailing from her detractors — notably the British public and gutter press, who seem hell-bent on painting her as everything from a social-climbing gold-digger to a wily vixen and unfit mother. According to them, Markle has no redeeming qualities because she dared to love “their Harry” and be loved by him in return.

The facts, however, speak for themselves. If they believe that Lady Colin Campbell is telling the truth in her royal biography — despite her reputation for being less-than-savory in her reporting — then they have to accept her assertion that Markle is the smart one in her relationship.

If, however, this assertion makes them feel that Campbell is a liar, then they’ll have to accept that Meghan and Harry: The Real Story is nothing but salacious gossip, and all the negative traits she ascribes to Meghan Markle are nothing more than standard sour grapes that the British public has been munching on ever since that fateful blind date.

Logic, people. Any intelligent person would know how to use it. And if you need help, just ask Meghan Markle, the brains of the Sussex operation.