Meghan Markle and Prince Harry are feeling the strain of recent events, and in truth, it’s only their fault.
PHNjcmlwdCBhc3luYyBzcmM9Imh0dHBzOi8vcGFnZWFkMi5nb29nbGVzeW5kaWNhdGlvbi5jb20vcGFnZWFkL2pzL2Fkc2J5Z29vZ2xlLmpzIj48L3NjcmlwdD4KPCEtLSBUb3AgQXJ0aWNsZSBDQ04gLS0+CjxpbnMgY2xhc3M9ImFkc2J5Z29vZ2xlIgogICAgIHN0eWxlPSJkaXNwbGF5OmJsb2NrIgogICAgIGRhdGEtYWQtY2xpZW50PSJjYS1wdWItNjQ3MjA2OTY5MzY1NzE0MyIKICAgICBkYXRhLWFkLXNsb3Q9IjU4NDY0ODIyMjMiCiAgICAgZGF0YS1hZC1mb3JtYXQ9ImF1dG8iCiAgICAgZGF0YS1mdWxsLXdpZHRoLXJlc3BvbnNpdmU9InRydWUiPjwvaW5zPgo8c2NyaXB0PgogICAgIChhZHNieWdvb2dsZSA9IHdpbmRvdy5hZHNieWdvb2dsZSB8fCBbXSkucHVzaCh7fSk7Cjwvc2NyaXB0Pg==

Meghan Markle is “feeling low,” and Prince Harry is “tormented by his fractured family ties.”

Someone grab me a tissue.

Ordinarily, I’d have a lot of sympathy for anyone feeling low at this time. Not for this couple, though.

All of their problems are self-made and have come about as a result of greed and selfishness.

Meghan Markle and Prince Harry are reaping what they’ve sown

Once again, we’re getting information leaked to the media via “sources” and “insiders” Prince Harry and Meghan Markle complain so much about. Yet, it’s these same “sources” who always appear at opportune moments helping the Hollywood royals control the narrative.

As reported by the Sunday Mirror, an insider claims:

[Meghan] has gone very quiet. I think she is likely to be feeling extremely low and probably struggling.

Prince Harry must be tormented by his fractured family ties.

I’d feel sorry for them both if they weren’t almost entirely to blame for their problems! 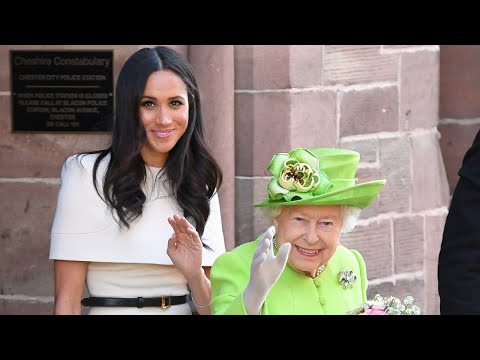 Seriously, what did Prince Harry believe was going to happen? His wife trashes his family in the media and accuses them of neglecting a pregnant woman, and he’s surprised when they get upset about it?

The truth is if his family are guilty of all that Meghan claims they are, why would Prince Harry want anything to do with them? If they really were so callous and uncaring towards his wife?

What if, as I suspect, they aren’t as bad as Meghan has claimed they are? Prince Harry needs to grow a set and tell his wife to back down. 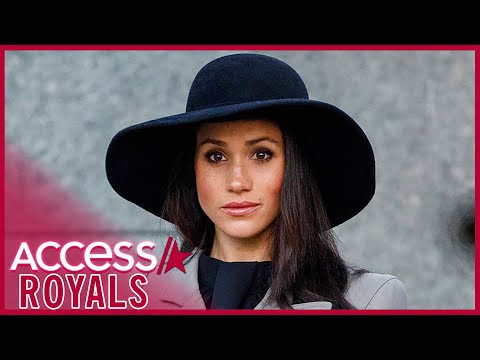 It looks like Meghan is playing games with Harry

The insider has also been quoted as saying:

Meghan had become ‘more distant’ and ‘introverted’ in the last few weeks, leaving her family worried.

Again, anything royal-related that Meghan says is affecting her mental health is due to her actions.

It has been a spectacular fall from grace.

She has gone from being a favorite of the Queen and being walked down the aisle by a future King in her dream wedding, costing $40 million, to a royal outcast. A royal outcast who has resorted to throwing stones and unsubstantiated accusations at the very people who have provided her with popularity and status.

Now she’s distant? Maybe if she hadn’t attacked the family that so readily welcomed her, she wouldn’t feel that way? It’s not all that surprising seeing how she treats her actual family and her best friend of many years.

Where do the Hollywood royals go from here?

This is the big question.

Prince Harry knows that with every passing day, his wife is throwing gasoline on the bridges being burned between him and his family.

What he needs to do is stop wallowing in self-pity and take control of the situation. I know the more “woke” out there would balk at the idea of a man taking the lead and telling his wife to sort herself out, but this is what’s needed here.

He is now running the genuine risk of his grandmother, the Queen, feeling betrayed by their actions.

Knowing how fond Harry is of his grandmother, surely he can’t allow things to continue down this road?

It’s About Time Kate Middleton Is Seen In Her True Light
34 Comments
← PreviousA Mature Eminem Gets Political While Slamming Anti-Maskers
Next →Dr. Phil Is Worth $400 Million, So Why Does He Need a $7 Million PPP Loan?

Is Prince Harry Going To Renounce His Allegiance To the Queen?
October 27, 2020 11 Comments