Finally, Meghan Markle and Prince Harry are no longer freeloading off Tyler Perry!

That’s not to say they aren’t still freeloading, of course. It’s just someone else footing the bill!

Or are we to believe that this couple who have pretty much accomplished nothing in the past eight months has the personal finances to bankroll a multi-million dollar home?

Yeah, I’m not buying it. Let’s break down what we know so far.

When Harry and Meghan ditched Canada like a bad habit, we were told that Meghan wanted to be in LA for a few reasons.

The first was to be close to her mother, Doria, who would be a big part of baby Archie’s life and help the couple raise him.

Of course, it was believed that Meghan would be insanely busy due to the enormous demand for her in Hollywood. Remember? When Angelina Jolie wanted to ride the Meghan Markle hype train? When Brad Pitt was trying to arrange a sit-down with her to discuss potential movie ideas?

The Disney+ narration gig was the beginning of her high-profile work with the entertainment giant, but it seems that when it came time to get the lucrative contract signed, it was another signature the House of Mouse was chasing. Meghan Markle was left out in the cold.

Still, with her experience in acting and a bona fide Prince on her arm, Hollywood was the target, and the move to LA was never in doubt.

Watch: Meghan Markle was always doomed to fail in Hollywood! 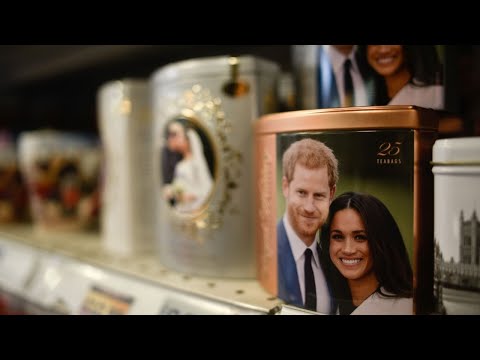 Meghan Markle soured on Hollywood really quickly when she realized that Prince or not, she was still a bit-part actress from a soap opera who was pushing 40 years old.

We’ve seen the couple pivot into several different projects since they realized Hollywood wasn’t interested, with social justice icons at the top of a lengthy list.

The narrative has also changed.

LA was never where Prince Harry and Meghan wanted to be after all, with a source claiming:

Harry and Meghan never intended to make Los Angeles their home. It was a good place for them to be upon their arrival in the US to be close to Meghan’s mom [who lives in LA].

Being close to Meghan’s mother, Doria, is no longer a priority. I don’t think it ever was. The Hollywood dream was the priority, and when that fizzled out, Doria was nothing more than an afterthought.

Can Meghan Markle and Prince Harry afford an expensive house in Santa Barbara?

The short answer to that question is no, they can’t.

Santa Barbara is one of the wealthiest communities in the US, and neither Prince Harry nor Meghan Markle is enjoying the type of income required to not only buy a house in that area but maintain the lifestyle that goes with it.

Despite spending money like a billionaire since meeting Prince Harry, Meghan is far from banking the kind of coin that her future neighbors are.

Although it amounts to just rumor and whispers at this point, I believe we’ll learn that Prince Charles will be footing much of the bill for this new house.

Just as he is when it comes to security for the couple.

It’s not all doom and gloom, though. The source speaking to The Sun also claimed:

This is where they want to bring Archie up, where they hope he can have as normal a life as possible.

Living in a neighborhood with Oprah Winfrey, Tom Cruise, and Ellen DeGeneres.

Not exactly three names I’d associate with “normal,” but to each their own, I guess.