Meghan Markle & Prince Harry are back in the Time 100 fold.

After receiving the honor — separately, mind you — back in 2018, the Sussexes are set to appear on the first-ever Time 100 televised event scheduled to air on September 22nd.

And while there’s some chatter about whether the Sussexes will appear on the show with their royal titles, it’s all irrelevant because their influence is self-evident.

Meghan Markle & Prince Harry Received The Honor Back In 2018

In the press release about the first-ever Time 100 televised event, it was revealed that in addition to 2020’s honorees, the show will feature appearances from past honorees. And those past honorees include Meghan Markle and Prince Harry.

It should be noted, too, that the Sussexes didn’t appear together on the list. Instead, they appeared in their own individual entries: Elton John honored Prince Harry in his entry, while Markle was honored by her friend and fellow actress Priyanka Chopra.

Check out Chopra’s honorarium to her friend in the video below. 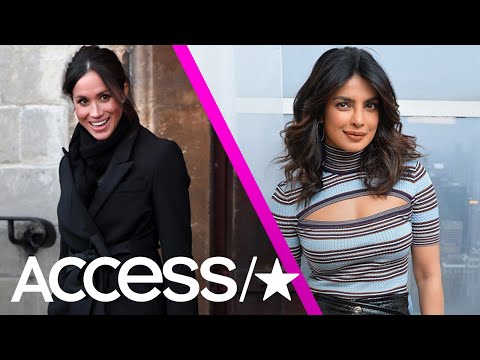 While 2020 certainly has been a bit of a shake-up for Meghan Markle, and there’s been some chatter about whether she and her husband will appear on the show without their royal titles. The chatter — like all the other hatred against Markle — is irrelevant.

Their Influence Is Established

It wouldn’t matter if they do, or don’t, have their official titles: the Duke & Duchess of Sussex are already influential. Their Netflix deal alone — which was received after the split from “The Firm” — is proof of that.

It will undoubtedly pain her haters to admit it, but no matter what they do, Meghan Markle and her influence are still being felt, and they will not be denied.