Meghan Markle Never Accepted That There Can Only Be One Queen

As Prince Charles reportedly said, there can only be one Queen. This fact didn’t sit well with attention-seeker Meghan Markle.
PHNjcmlwdCBhc3luYyBzcmM9Imh0dHBzOi8vcGFnZWFkMi5nb29nbGVzeW5kaWNhdGlvbi5jb20vcGFnZWFkL2pzL2Fkc2J5Z29vZ2xlLmpzIj48L3NjcmlwdD4KPCEtLSBUb3AgQXJ0aWNsZSBDQ04gLS0+CjxpbnMgY2xhc3M9ImFkc2J5Z29vZ2xlIgogICAgIHN0eWxlPSJkaXNwbGF5OmJsb2NrIgogICAgIGRhdGEtYWQtY2xpZW50PSJjYS1wdWItNjQ3MjA2OTY5MzY1NzE0MyIKICAgICBkYXRhLWFkLXNsb3Q9IjU4NDY0ODIyMjMiCiAgICAgZGF0YS1hZC1mb3JtYXQ9ImF1dG8iCiAgICAgZGF0YS1mdWxsLXdpZHRoLXJlc3BvbnNpdmU9InRydWUiPjwvaW5zPgo8c2NyaXB0PgogICAgIChhZHNieWdvb2dsZSA9IHdpbmRvdy5hZHNieWdvb2dsZSB8fCBbXSkucHVzaCh7fSk7Cjwvc2NyaXB0Pg==

The royal family ruled supreme long before the Acts of Union established Great Britain in 1707. And there has always only been one King or Queen at any time. Yet this is a fact that I’m not sure Meghan Markle could ever get her inflated ego around.

That Meghan found herself in a situation where she couldn’t just stamp her feet and demand that changes be made to suit her whims was most likely a very alien situation for the Duchess of Difficult.

This is where she found herself. And Prince Charles, being the experienced royal that he is, reportedly saw it coming from a mile away.

There’s only room for one Queen in the royal family, and it ain’t Meghan

Speaking to The Sun, Nigel Cawthorne – a royal expert and biographer who has covered the recent Prince Andrew scandal – commented:

I think he [Prince Charles] likes strong women, but in The Firm, there is only room for one Queen. I think he foresaw considerable problems ahead for The Firm. Harry and Meghan amplified the popularity of the royal family in the way that Prince Andrew and Fergie did at the time.

Someone like Meghan Markle was never going to settle for third place behind Duchess Kate Middleton and Queen Elizabeth.

Meghan has to be the center of attention, and as Prince Harry goes to great pains to remind us, “what Meghan wants, Meghan gets.”

Not this time, it would seem.

Meghan Markle fans blame everyone for her royal exit – except her, of course

Despite the misplaced belief that Prince Charles and other royals spend all their free time defending Kate Middleton from the media, they couldn’t be more wrong. 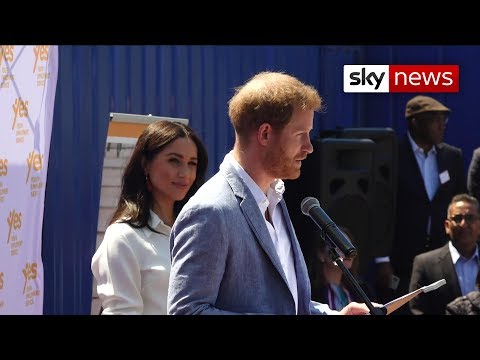 As he has with Kate in the past, Prince Charles has offered Meghan Markle advice and moral support, as Cawthorne explained:

[Prince Charles] genuinely made an attempt to support what Harry and Meghan were looking for as long as it wouldn’t upset other HRH’s. In truth, however, there wasn’t a lot he could do apart from offering moral support.

Charles has been around long enough to know that it’s not easy coming into the royal family.

Contrary to the narrative that royals get an easy time of it, they don’t. And yes, that applies just as much to Meghan Markle as it does Duchess Kate Middleton.

The only difference is that Meghan’s fans don’t lay the blame for anything she does at her own feet. It’s always someone else’s fault.

Prince Charles and the Queen were both fond of Meghan Markle

In truth, Meghan had everything going for her when she came into the royal family.

She was seen by many as a breath of fresh air and someone who could help raise the royal family’s profile, especially in the United States. Meghan, Harry, Kate, and William were seen as the future of The Firm.

Both Prince Charles and Meghan Markle reportedly shared a love of art, culture, and history. Prince Harry’s father was more than happy to walk Meghan down the aisle at her wedding. 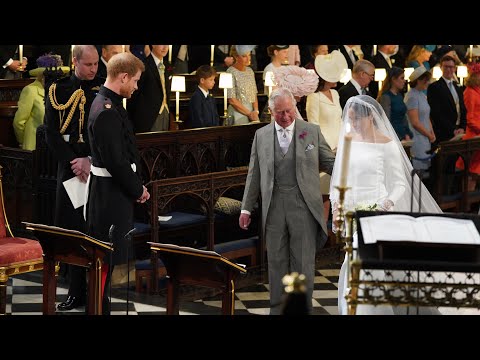 Let’s not forget that, heading into her wedding, Meghan Markle had the British public and media in the palm of her hand.

Sadly, it took her only a few short days to set the wheels in motion for what would eventually see all of that goodwill turn to dust.

The upcoming “tell-all” biography from Omid Scobie could be the final nail in Meghan’s royal career. I can’t see any way back if this book throws shade on any senior royals.

It’s About Time Kate Middleton Is Seen In Her True Light
27 Comments
← PreviousThe Royal Family Has an Influencer Queen – And It’s Not Meghan Markle
Next →Eccentric Lady Gaga Preaches ‘Wear a Mask’ – And She’s Right!

Is Prince Harry Going To Renounce His Allegiance To the Queen?
October 27, 2020 9 Comments

James Corden Is About To Get The ‘Cancel Ellen DeGeneres’ Treatment
October 29, 2020 No Comments