Meghan Markle ordered her staff to make her the most famous person alive. Has she accomplished her goal? What is she actually famous for?

It’s hardly been a secret that Meghan Markle is hungry for both fame and financial status.

Her whole adult life has been geared towards furthering herself in those two aspects. From her marriage to Trevor Engelson back when she aspired to be a Hollywood star, to the relationship with Cory Vitiello that opened doors to the wealthy and aristocratic circles where she eventually found a gullible British prince who became besotted with her.

Many of us have always believed that Meghan had grand plans for herself, and according to a reputable royal source, it seems we were correct.

I know, it’s hardly news, right? Meghan Markle is a textbook publicity-seeker for sure and is as far from a team-player as you’re likely to find but to hear it confirmed by a reputable source is something else entirely.

It was claimed that Meghan and Prince Harry had been breaking royal protocol before they officially left the royal family.

Speaking to Radio 2 in the UK, Lady Campbell claimed:

I started writing that book because last year I knew privately that Meghan – with Harry’s connivance was getting up to all sorts of things in America that she was completely forbidden from doing as a royal.

In the past, I’ve seen my claims that Meghan married into the royal family with an agenda rubbished by her rabid supporters, but this information seems to confirm what I believed to be the case all along.

Meghan Markle came into the royal family with a plan. She had no intention of giving royal living a go. It was always about getting that royal title (and enjoying the money along the way), snagging her prince, and looking to cash in financially.

Everything Meghan is doing just now is carefully choreographed

There are undoubtedly fans of Meghan who believe that she’s a real campaigner for social justice.

Of course, those fans would be wrong.

As Lady Campbell confirms, Meghan Markle is hellbent on becoming the most famous person on the planet:

Getting involved with commercial enterprises, flying kites in terms of politics, because she’s very political, and also instructing her PR people that they were to make her into the most famous person on earth.

To place yourself front and center, you need to be talking about the topics that resonate with the most people, which is why Meghan has gone down the quasi-political route.

Meghan Markle is becoming famous for being famous

It’s blatantly clear from listening to her speak that she knows very little about the subjects she’s talking about, but strangely, none of this really matters.

It’s more to do with the publicity she’s gaining from being on the platform in the first place.

To be the most famous person on earth, it’s a very deliberate policy, and it has to involve a tremendous amount of controversy. Otherwise, you’re just not that famous.

That Meghan is essentially an individual of very little substance matters not a jot, especially to her besotted followers. 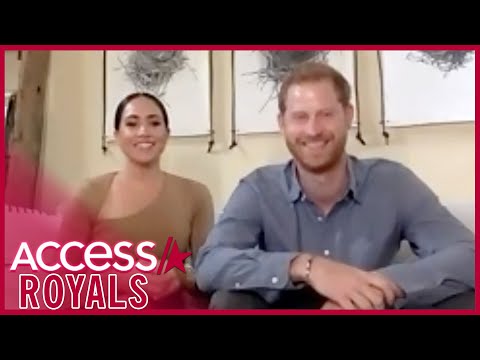 Quite frankly, they don’t want to see Meghan for who she is. She’s that unremarkable personality-wise that she’s a blank canvas of sorts onto which her deluded fanbase can project who they want her to be. She can be anything you want her to be.

What Meghan Markle has done is confirmed that you don’t need to be an expert or have anything worthwhile to say on a particular subject to be considered a leading figure in the space.

It helps if you have the right PR team and are marketable. What you have to say is secondary to the image you portray.

As disturbing as I find all of that, I do have to give her credit. She’s punching way above her weight, and she’s gotten to this point with precious little to offer beyond a smile and some fairly terrible acting skills.

Aubrey Hansen
I'm a full-time royal & entertainment commentator at CCN. I've had my opinions and links to my work on the royal family featured by outlets such as The Daily Mail, International Business Times, and The Express. Reach me at aubrey.hansen@ccn.com, visit my LinkedIn profile here or my Twitter profile here.
Subscribe
24 Comments
Most Voted
Newest Oldest
Inline Feedbacks
View all comments
← PreviousIs Meghan Markle Really a ‘Self-Made’ Millionaire?
Next →Kate Middleton? Meghan Markle? Who’s the Most Stylish Royal?