Despite some quarters reporting otherwise, Meghan Markle has felt inferior to Duchess kate Middleton since the get-go. This proves it.

I know, I know! There’s never really been all that much doubt that Meghan Markle is jealous of Duchess Kate Middleton.

However, there are still a few deluded souls out there who think that the royal family mistreated Meghan and that it was actually Kate who was jealous of her.

Meghan Markle had an inflated opinion of herself and Prince Harry

We all know that for better or worse, there is a way things work within the royal family. A hierarchy, if you will.

Meghan Markle was either completely unaware of how things worked or believed that she was on an equal footing with the more senior royal family members.

For me, it was clearly the latter. And it began almost from the day that she and Prince Harry moved in together.

Meghan had an issue with Duchess Kate Middleton from day one

Author Tom Quinn highlighted perfectly how Meghan Markle was approaching her stint as a member of the royal family when it was claimed:

Markle’s feelings about being treated as second best came right from the beginning of her time being on Royal grounds when she was asked to move into Harry’s home at Nottingham Cottage. The soon-to-be-Duchess allegedly remarked at the time that the two-bedroom home was too small compared to William and Kate’s 20-room apartment, which she considered a direct snub at her and effectively resigning her to “second place” behind Middleton in terms of how she was treated.

And there we have it.

Straight off the bat, Meghan Markle believed that she would be treated on an equal footing with the future Queen Consort.

The thing is, Meghan is no stranger to operating within a pecking order.

Could you imagine if a lesser actor on the set of Suits demanded to be paid the same as she was? And to be treated the same?

I have no doubt she’d be quick to let them know that she’s the star, not them and that the perks and privileges would be dished out accordingly.

Well, sorry, Meg, but in the royal family, you are not the star.

Despite Meghan Markle pulling a strop, the Queen went above and beyond to accommodate her. It wasn’t enough

So Nottingham Cottage was deemed not grand enough for Meghan, even though both Kate Middleton and Prince William lived there for over two years until 2013.

No, Meghan’s eye was firmly on the living quarters afforded the Cambridge’s after their stint at Nottingham Cottage.

Apartment 1A at Kensington Palace.

Fit for a King, you may say.

Once Meghan Markle made her unhappiness known, Queen Elizabeth offered her and Prince Harry the use of Frogmore Cottage.

Sure, it would require some renovation, all done at taxpayer’s expense, of course, but still. It was larger than Nottingham Cottage. 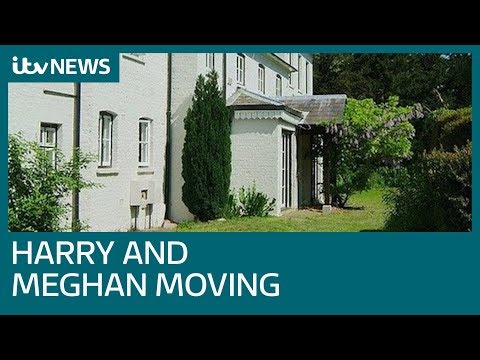 Despite living on the other side of the world, Meghan is still competing with Kate

You’d be a fool to think that Meghan Markle didn’t think of Duchess Kate Middleton when looking for a new house in California.

Of course, she had Kate on her mind. The one woman that Meghan couldn’t best. Duchess Kate Middleton will forever be on Meghan’s mind.

Deep down, Meghan knows no matter where she convinces Prince Harry to purchase a mansion, it’ll never quite live up to that grand and imposing apartment at 1A Kensington Palace.

An abode fit for a King and his Queen, don’t you know?