It's clear Meghan Markle's detractors are having an impact as the Duchess admits to being cautious in what she states publicly. | Source: Michele Spatari / AFP

Meghan Markle has been bullied into silence.

The Duchess of Sussex — who has long spoken out about using one’s voice to speak out for what one believes in — has now said that she’s toning down her voice because her haters have put her in fear for baby Archie’s safety.

The attacks on her are bad enough — but how demented do you have to be to attack a baby for what his mother believes in?

Meghan Markle Is A Mother First

Since she first was snapped with Prince Harry, Meghan Markle has been under attack from the British gutter press. If she behaves like a royal and lives off the funds set aside for her and her kind, she’s accused of being a gold-digger. If she gives back the money spent on her and moves to the United States, she’s accused of brainwashing Prince Harry and stealing him away from his beloved homeland (even though he made clear, long before he met her, that he wanted out of the British royal family). And if she tells her fellow American citizens to vote without picking a side, she’s accused of subverting the democratic process as shrill harpies — and Piers Morgan — scream for her title to be stripped (while conveniently letting Prince Andrew skate on by, unscathed).

All of these attacks on Meghan Markle are bad enough.

But now, in an interview yesterday with Fortune Magazine (via Newsweek), she implied that her haters have now drawn their fire on her son, baby Archie.

You go, every single day, how can I make this better for him? How can I make this world better for Archie? And that is a shared belief between my husband and I. At the same time I am cautious of putting my family in a position of risk by certain things. I try to be very clear with what I say and to not make it controversial but instead to talk about things which seem fairly straight forward, like exercising your right to vote. As a parent, I can enjoy all of the fun and silliness and games with my son but I wouldn’t be able to feel proud of myself as a mom if I didn’t know that I wasn’t doing my part to make it a better place for him.

A Clear Target – But Why?

It’s clear that both Prince Harry and Meghan Markle are happy, devoted parents. You can see as much in the video below. 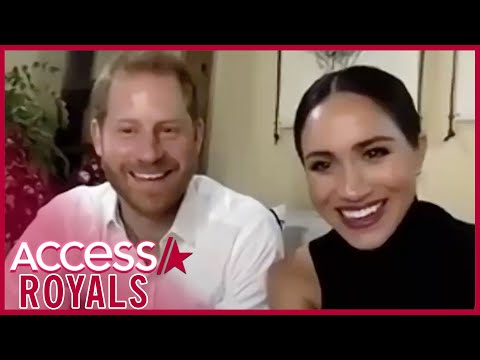 What’s not clear is when these attacks on her are going to stop. Through his actions and his words, Prince Harry has demonstrated that he loves Meghan Markle — and their son, baby Archie — and he will do anything, including leave his country, to be with them and ensure their safety.

He’s not going to leave the Duchess of Sussex for a frumpy Penelope Bottomtoss. He’s not going to lose his title because he got a Netflix deal. And he made clear that he was turned off by the British public and the British media’s constant attacks on himself and his family long before he met Meghan Markle. Clearly, time has only made him more, not less, resolute in this conviction.

Get over it. Get over all of it. And shame on the haters for not only bullying Meghan Markle into silence, but for attacking a child — Prince Harry’s child, let’s be clear — based on who his mother is.