What a difference a year can make, especially in the lives of Meghan Markle and Prince Harry.

This time last year, Meghan was front and center in the Vogue Top 25 list of influential women, receiving praise for “gently modernizing the royal family.”

Prince Harry was still a beloved member of the firm and had the support of the British public behind him.

Alongside Prince William and Duchess Kate Middleton, Harry and Meghan were very much an essential part of Prince Charles’ revamping plans for the royal family.

Meghan had access to more money than she could ever generate on her own. She spent $1.2 million on clothes in one year and was set to enjoy the rest of her life in relative luxury without having to do much else beyond smile and wave at her adoring public.

Where did it all go so wrong? 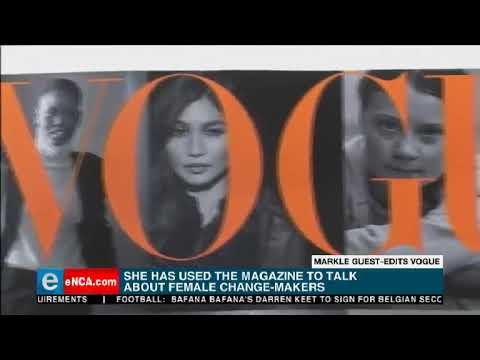 For the Sussexes, living a life of luxury funded by the British taxpayer and spending all of your time working on worthy causes close to your heart wasn’t enough.

You see, both Prince Harry and Meghan Markle can drone on about social issues and having the freedom to do as they please, but their exit from the royal family was based on two factors.

The couple believed their hype. Whenever a so-called “Hollywood PR expert” announced in the media that Harry and Meghan could earn hundreds of millions of dollars or even billions of dollars, it added that little bit more credibility fans could buy into.

The problem is, it was all nonsense built on a foundation of sand.

While Meghan Markle and her Sussex Squad can take solace that Duchess Kate Middleton wasn’t included in the Vogue list either, they’ll be irked by the fact that Prince Harry’s grandmother, the Queen, took pride of place among the notable names.

Why was the Queen on the list? According to Vogue:

Even in 2020 – a precarious year for the Royal Family in other ways – the Queen is still a source of unique solace and support to the public.

With both Liza Bilal and Naomi Smith–Black Lives Matter activists–making the cut, that one will sting for the newly self-styled social justice warrior Meghan Markle.

The Duchess of Difficult no doubt believed that her social justice actions, even though they amount to carrying out a few Zoom calls and taking digs at her in-laws, warrant enough for inclusion.

Of course, she’d be wrong. But that won’t stop her or her fans from believing she’s been wronged.

No doubt Prince Harry is penning a furious 1,400-word letter to the editor as I type this.

Speaking of the editor of Vogue…

First, it was the fact that Edward Enninful had the sheer audacity to believe that he, a Ghanaian raised and living in Britain, knew a thing or two about racism and decided to opine that the treatment Meghan had been getting from the royal family wasn’t racist.

Follow that up with the Sussex Squad losing their collective little minds over Vogue UK not wishing Meghan a happy birthday, and what you have is a conspiracy theorist’s dream.

And boy, are the Sussex Squad dreaming as usual!