Nostalgia is big business. If the game releases of the past few years have taught us anything, it’s that milking the sentimental feelings that people have for their childhoods is a great money-maker. From Crash Bandicoot N. Sane Trilogy to Spyro Reignited, the current nostalgia wave seems to be targetting the fifth console generation, and the Sony PlayStation One specifically. 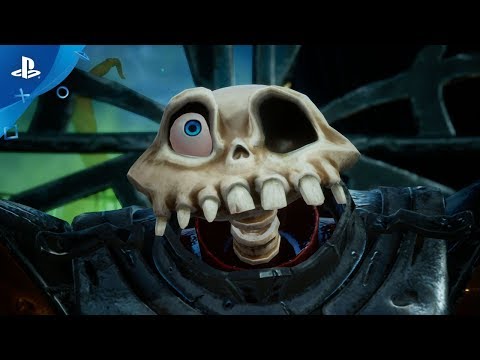 It’s not really surprising that the PS1 is being thoroughly wrung dry for content. Gaming has spent years riding high the wave of the pixel generation, with homages and remakes of games like Castlevania and Megaman abound. Nintendo Entertainment System nostalgia was powerful enough to pull in millions in sales, and the PS1 sold nearly double the number of units so the transition makes a lot of sense.

The thing is that these sorts of trends have a tendency to go awry. As popular as they seem the bubble eventually bursts and once consumer interest drops low enough the bottom completely falls out of the market. Whether it’s from overexposure or high saturation, eventually every trend comes crashing down.

I played Medievil at Pax West and 69 is too high, this game is garbage pic.twitter.com/ztwcZe1TZv

Medievil Remastered is the most recent PS1 remaster seeing the comedic tale of Sir Daniel Fortesque, undead knight, bought into the modern era in blistering HD. Critical reception to the game has been lukewarm at best, with many lamenting how faithful the adaption was to the point of not fixing obvious design mistakes. Although the fan reactions have been surprisingly positive on Twitter so far.

With the mediocre reception and the fact that the remaster is exclusive to the PlayStation 4, it is likely that Medievil will underperform in the sales department in the long run. Although the game currently sits on number 5 on the PlayStation 4 sales charts, it is likely that this will have a pretty sharp drop off in the coming days and weeks following the trend of rapidly diminishing sales common in the industry.

Fuck the critics. MediEvil Remake is a good example of how to do a remake without butchering the source material. pic.twitter.com/mrz8w34gqG

— Tails but dressed as Caleb from Blood (@BulletTimeTails) October 24, 2019

Now that isn’t to say that this game will kill of PS1 remasters. It’s not all that long before we’ll be seeing the release of Final Fantasy VII: Remake which should inject a fair amount of life into the market. The truth of the matter is that in the not too distant future gaming historians will very likely look back on the death of the PS1 remake market and say that Medievil is the game that started it all tumbling downhill, even if the game’s rabid fanbase doesn’t want to see it. Let’s just hope they remaster Legacy of Kain: Soul Reaver first.