New York City Mayor Bill de Blasio announced on Saturday that the city’s schools will not reopen for the rest of the academic year due to the coronavirus. 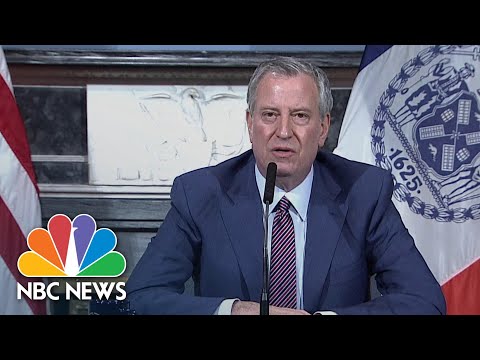 New York Governor Cuomo, however, said that the mayor doesn’t have the authority to make that choice. Cuomo claimed it was merely the mayor’s “opinion” to keep schools closed.

Even with the decision up in the air, the effects of this potential decision should still be examined.

In the short-term, the cost of keeping NYC schools closed will add up. The city will provide around 240,000 internet-enabled devices by month’s end to students that need them, according to de Blasio.

If schools stay closed, parents who are essential workers will have to find a way to look after their children.

If they are unable to find accommodations, they will miss scheduled hours of work – which impacts both their paycheck and, in turn, markets. It goes without saying, but with times so tough, people who still have jobs can’t afford to miss work.

Long-Term Effects of a Possible School Shut-Down Are Grim

A four-week school closure in New York City would cost an estimated $1.1 billion. A 12-week closure of schools nationwide could reduce the national GDP by a full one percent.

Other states will likely follow in NYC’s influential path, shutting public school systems down for the rest of the year – or maybe even longer. Florida is getting panned for even considering reopening school this year.

Despite a bull market on the rise, some think the Dow Jones may plunge up to 50%. Other researchers predict a 70% stock market crash – but did they take into account a nationwide closing of schools?

An NYC school shut-down is bad enough, but if the trend continues nationwide and indefinitely, the projected costs will expound and multiply quicker than any economy could feasibly recover.

School shut-downs are not normal, and in turn, consumers will not spend normally. It’s seemingly a catch-22 situation.

Reopen the schools and attempt to restore consumer confidence but risk infecting students, or keep them closed and continue the spiraling downtrend on the economy.