Scott Disick and Sofia have finally split. It’s about time Sofia got away from the Kardashian machine. It’s time for Scott to be an adult.

Another day, another celebrity couple bites the dust. According to reports, Scott Disick has finally decided to sit at the adult’s table. After spending three years with model Sofia Richie, the two have decided to end their high-profile romance. Is anyone really surprised that it didn’t work?

Apparently, Scott went back to his “old ways” and Sofia finally had enough, but is that really the case? When they first hooked up, she was an 18-year-old model and he was a 34-year-old father of three fresh out of a decade-long relationship. To say that they were on different trajectories would be the understatement of the year. While it’s true that opposites attract, this looked like the perfect recipe for disaster. Even Sofia’s dad Lionel admitted as much.

Aside from Scott’s recent stay in rehab to deal with his “past traumas”, sources say that Kourtney was also a major factor in the split. Color me shocked.

Let’s face it, the only way this relationship would’ve limped on for longer would’ve been if Scott finally stepped away from the Kardashian machine. But, he was never going to do that. Why? Because it would’ve cost him his infamy and copious amounts of money.

Scott Disick Is The Lord of Reality-TV

When most people split from a longterm partner, they move forward with their lives separately. Even if you have kids together, you’re not constantly hanging around their friends and family. In Scott and Kourtney’s case, the two have remained very close ever since calling it quits five years ago. Many have praised them for maintaining a good co-parenting relationship, but is it really healthy to be that involved?

Not only does it have the potential to be very confusing to young children, but it also doesn’t help anyone move on. But, Scott was never going to leave the show. He’s one of the most popular personas on Keeping Up with the Kardashians, often providing dry humor and taking the clan down a notch or two.

Disick is far too profitable a commodity for the family to let go of. Similarly, Scott wouldn’t have wanted to leave and lose income. Just ask Jordyn Woods, she knows first hand what it’s like to be left out in the cold. Reportedly, he brings in around $500,000 an episode for the reality show, which also helped him secure his own series, Flip It Like Disick. Even more importantly, KUWTK keeps him relevant.

Sofia Was The Fourth Child

Although it looked on the surface like the Kardashians were welcoming to Sofia, she often looked sullen when she featured on the show. When Kourtney and Scott planned a trip to Finland in 2019, Sofia looked like an elf had peed in her cereal.

Far from being a doting, fun-loving stepmom, she was like a teenager desperate to be excused from the dinner table to go to a kegger with her friends.

At the time, Scott admitted how hard it was to keep her happy.

The past few months, we’ve been on a few trips where it’s been Kourtney, Sofia and the kids, and it’s been great. But Sofia mentioned to me that she felt left out. And I don’t want to overstep anyone’s boundaries and make anyone left out.

It was too little, too late. Fast forward to now and the relationship is dead in the water. Who does Scott turn to for support in his hour of need? Surprise, surprise – Kourtney and the kids. The family celebrated Scott’s 37th birthday together in Utah, with Sofia notably absent. 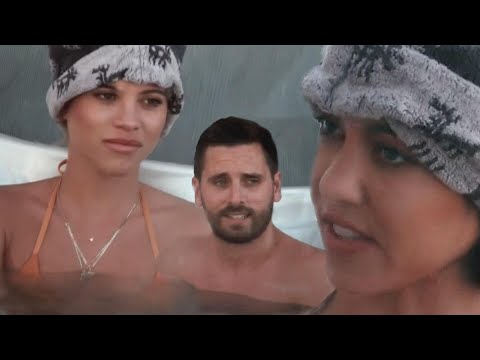 It’s For The Best

Breaking up is always hard to do, but Sofia always seemed too fragile of a flower to be caught up in Scott Disick’s mess. She’s young, naive, and much too green to be able to navigate this kind of relationship with this much pressure for this long.

I’m surprised they lasted for three years. Here’s hoping that this split is permanent, for Sofia’s sake.

Prince Harry & Meghan Markle Are Trapped in a Mess They Created

‘Keeping up With the Kardashians’ Is Finally Canceled – 2020 Has Hope

What If the Kim Kardashian-Kanye West Divorce Rumors Are Made for TV?