Jordan Brand will always be most defined by an inherent connection to its eponymous and longest-running endorser. But after winning its second consecutive sneaker war for an NBA phenom, Jordan is poised to re-establish itself as a leader in the signature sneaker sphere as its reach continues expanding worldwide.

Jordan Brand officially announced on Thursday that Luka Doncic is the latest NBA player to join its family of partners.

The Dallas Mavericks superstar has been a sneaker free agent since September, when his two-year contract with Nike expired. A bidding war for his services ensued over the past three months. Doncic even teased his suitors as negotiations played out behind the scenes, donning multiple brands of shoes during games this season.

His addition is another major coup for Jordan Brand, which signed Zion Williamson last summer to a five-year, $75 million contract – the richest shoe deal ever for a rookie.

Jordan hasn’t committed to rewarding Doncic or Williamson, the most promising young players of the NBA’s next generation, with a signature shoe. In the past, that honor has been reserved for more established stars like Chris Paul, Carmelo Anthony, and Russell Westbrook, all of whom are on the downside of their careers.

Considering Doncic’s status as an MVP frontrunner and the unprecedented hype surrounding Williamson even before his on-court debut, it seems only a matter of time until both players are feted with signature sneakers.

Doncic and Williamson headline an updated roster of Jordan Brand athletes that celebrates the diversity and global appeal of basketball. Boston Celtics star Jayson Tatum and Washington Wizards rookie Rui Hachimura, the first Japanese player to ever be drafted in the first round, signed with Jordan over the summer.

Doncic’s signing comes at an ideal time for Jordan Brand. Nike, its parent company, recently announced that Jordan enjoyed its first ever billion-dollar quarter. The iconic label accounts for its historic revenue binge by increased interest from women and markets outside the United States. 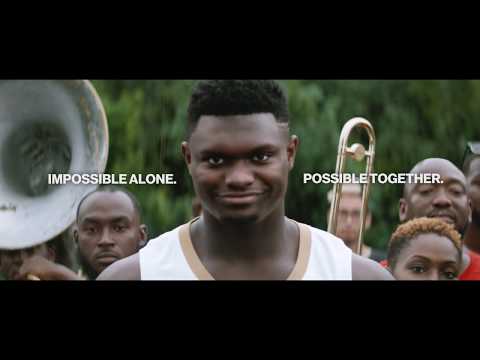 Doncic’s star is still on the rise. He’s not the household name he will be at this time next year, let alone in a half decade.

Alongside Williamson, Doncic will ensure that Jordan’s latest heights are its new plane of existence – and perhaps become the brand’s most significant signature athletes since Michael Jordan himself.