Tuesday’s showdown between Louisville and Michigan highlights the NCAA’s early-season parity, and also its problematic lack of talent.
PHNjcmlwdCBhc3luYyBzcmM9Imh0dHBzOi8vcGFnZWFkMi5nb29nbGVzeW5kaWNhdGlvbi5jb20vcGFnZWFkL2pzL2Fkc2J5Z29vZ2xlLmpzIj48L3NjcmlwdD4KPCEtLSBUb3AgQXJ0aWNsZSBDQ04gLS0+CjxpbnMgY2xhc3M9ImFkc2J5Z29vZ2xlIgogICAgIHN0eWxlPSJkaXNwbGF5OmJsb2NrIgogICAgIGRhdGEtYWQtY2xpZW50PSJjYS1wdWItNjQ3MjA2OTY5MzY1NzE0MyIKICAgICBkYXRhLWFkLXNsb3Q9IjU4NDY0ODIyMjMiCiAgICAgZGF0YS1hZC1mb3JtYXQ9ImF1dG8iCiAgICAgZGF0YS1mdWxsLXdpZHRoLXJlc3BvbnNpdmU9InRydWUiPjwvaW5zPgo8c2NyaXB0PgogICAgIChhZHNieWdvb2dsZSA9IHdpbmRvdy5hZHNieWdvb2dsZSB8fCBbXSkucHVzaCh7fSk7Cjwvc2NyaXB0Pg==

Tonight’s showdown between Louisville and Michigan is the third game between top-five teams already this season. But unlike Champions Classic matchups of Michigan State vs. Kentucky and Duke vs. Kansas, Tuesday’s marquee game in the ACC-Big 10 Challenge hasn’t been received with overwhelming fanfare.

While that’s hardly the fault of the Cardinals and Wolverines, it’s nevertheless an indication of the parity that will continue to rock college basketball throughout 2019-20 – for the better in terms of competition, but for the worse with regard to quality of play.

How Louisville and Michigan Got Here

Louisville, amazingly, is the fourth team in five weeks to be voted No. 1 in the AP rankings. The record for most teams to earn the top ranking in a single season is seven; don’t be surprised if another finds itself leading the top-25 next week.

The Cardinals began the season ranked fifth in the country, and have taken care of business against a weak early-season schedule as other presumed championship contenders were battered. Louisville is 7-0, with its most impressive win coming at Miami in the season opener. 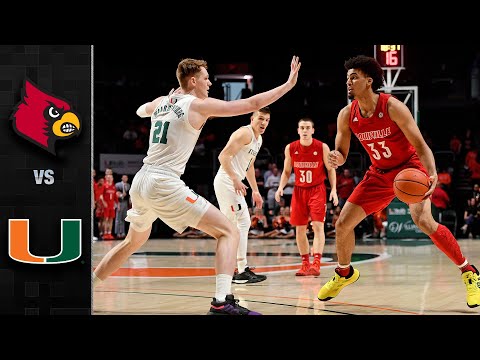 Michigan, meanwhile, boasts a better resumé than any team in the nation after winning the Battle 4 Atlantis in late November. The Wolverines took down sixth-ranked North Carolina and eighth-ranked Gonzaga to win the tournament, vaulting from unranked all the way to the top-five – tying the biggest single-week jump in the history of the AP poll.

Clearly, Michigan is buying what first-year coach Juwan Howard, of “Fab 5” fame, is selling in the earliest days of his tenure. 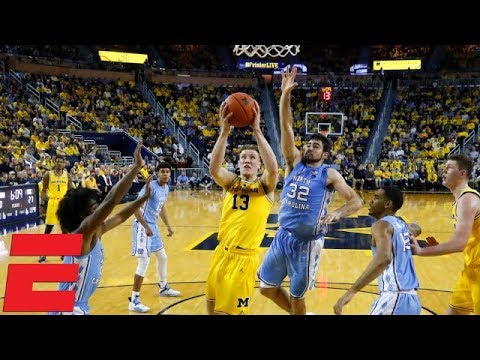 No Star Power in This College Basketball Statement Game

It’s a testament to both the Cardinals and Wolverines that they rank so highly despite a dearth of top-tier talent. Teams like Kentucky, Duke, Memphis, and Arizona are likely to have multiple players selected in the first round of the NBA draft next June.

Louisville, on the other hand, is led by just one potential first-round pick, junior forward Jordan Nwora, a preseason All-American. He’s the Cardinals’ only player listed in the top-60 of ESPN’s prospect rankings.

Michigan is hurting for legitimate NBA talent to an even greater extent. Four of its starters are upperclassmen, with leading scorer Isaiah Livers and towering center John Teske both ranking outside the top-60 prospects in the world. The Wolverines’ best chance at a first-round pick could be freshman reserve Franz Wagner, whose older brother, Moritz, starred in Ann Arbor and currently plays for the Washington Wizards.

So-called college basketball “purists” are no doubt thrilled that a juggernaut led by vagabond underclassmen is unlikely to materialize this season. Those fans have been decrying college basketball’s emphasis on one-and-done freshmen for years, even as they’re unavoidably swept up in the mania surrounding superstars like Zion Williamson and Trae Young.

But even last year’s NCAA Tournament title game between Virginia and Texas Tech, a matchup serving as a prime example of experience and cohesion trumping overall talent, featured high-quality NBA prospects. The Cavaliers’ DeAndre Hunter rode his standout play in March to a top-five selection, while the Red Raiders’ Jarrett Culver was picked at No. 7. Virginia junior Ty Jerome was a first-rounder, too. 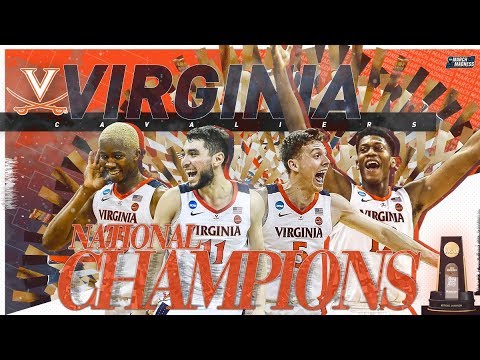 Obviously, college basketball fans would be thrilled if this season’s championship lived up to the drama of last year’s. But absent a team with the combination of experience and NBA potential, the NCAA could be in for an ugly ride of basketball over the next few months.

Will the excitement generated by a constant churn at the top of the polls prove worth those deficiencies? It seems unlikely given the sporting world’s obsession with freshman megastars, but Louisville and Michigan will provide a better answer on Tuesday night.

Jack Winter
Jack Winter lives in Portland, OR. A veteran NBA writer, he also has experience covering the NFL, US politics, and pop culture. Follow him on Twitter, or reach him directly at john.armstrong.winter@gmail.com.
Subscribe
0 Comments
Inline Feedbacks
View all comments
← PreviousStefon Diggs Struggles in Vikings Loss, Still Eclipses Invisible Tyler Lockett
Next →Did Cristiano Ronaldo Secretly Use His Sister’s Instagram to Attack His Critics?

NCAA Castaway James Wiseman Is a Perfect Fit for the Reborn Warriors
December 19, 2019 No Comments

Is Justin Fields the Best Quarterback in the Country?
December 1, 2019 No Comments