Logan Paul must have a death wish.

The attention-seeking YouTuber is reportedly going to face off against professional boxer Floyd Mayweather in a match scheduled to take place sometime later this year.

While I’m all for Paul getting his entitled tuchas kicked into the next millennium, is he aware of the impact of what he’s doing for the “clicks”?

Logan Paul is An Amateur — But Floyd Mayweather Is Not

Aside from all the other awful ways that he’s an attention whore, Logan Paul likes to get attention by boxing random people. The last time he boxed, he faced off against KSI, and the battle ended in a draw.

But that was a battle between two publicity-mongers, so it really didn’t result in any major damage for anyone.

That’s not the case with this rumored Floyd Mayweather fight.

According to ‘boxing insiders’, Paul will apparently take on Mayweather – who won fifteen major world titles during his professional career and retired with an undefeated record – despite having only ever fought in professional boxing once.

At the risk of feeding the proverbial horse, I sincerely hope, for Logan Paul’s sake, that this rumored Mayweather fight remains a rumor…despite confirmations like the one in the video below. 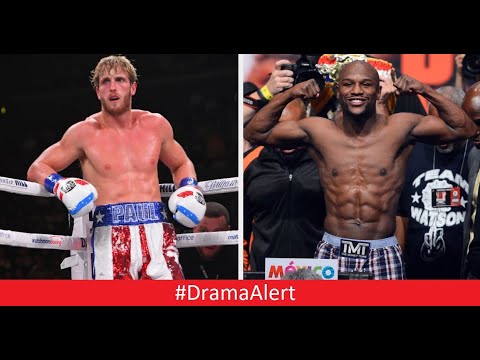 Mayweather Won’t Go Easy On Him

Floyd Mayweather may be a bit of a punchline these days, but let’s not ever forget that we’re dealing with someone who’s a beast in the boxing ring. Aside from retiring with an undefeated record, he won 27 of his 50 total fights — in other words, more than half of the fights — by TKO.

Does this sound like a guy that won’t send Logan Paul to Jesus if given half of a chance?

Also, Mayweather doesn’t court headlines the way Paul does. He doesn’t need the publicity to remain relevant. He can very well get in the ring, demolish Paul, and walk away like nothing ever happened…without even blinking an eye.

This isn’t the fight that Logan Paul wants. He’d better reconsider, and fast.