There has been a moniker which has annoyed me for some time. Namely the title of “self-made” attached to a popular public figure. 90% of you probably think I’m talking about Fred Trump’s son, Donald, but the rest of you will know precisely to who I am referring: Kylie Jenner. For whatever reason – and let’s face it the “self-made” title has probably been added to trigger people like me – the Kardashian/Jenner fortune’s most successful spin-off has been awarded the title of the youngest self-made billionaire ever. 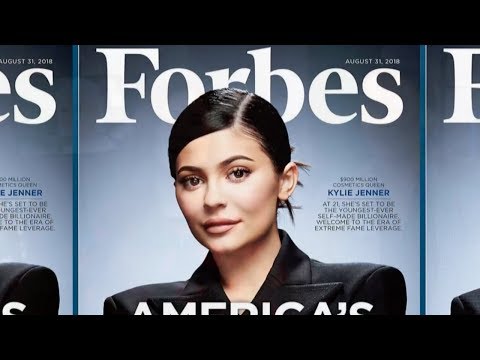 The most frustrating bit about this whole story is that you can’t deny how successful Kylie is. She found an incredible niche, marketed it uniquely and rode the wave of both her family’s success and the Instagram freight train. Who knows if she came up with it all her self or if she has advisers using her as a figurehead, but let’s assume she doesn’t. Her company is estimated to be worth $900 million – you are going to be hearing this estimate mentioned frequently here. We’ll get back to that.

The problem is it’s typical of today’s media frenzy that you can’t just say well done Ms. Jenner. You have to have a story that inspires and annoys in equal measure. Calling it “official” is deeply questionable on a subjective figure.

Dig into the reasoning behind the valuation, and it is quite apparent how murky things get regarding the actual estimate before we even start on whether or not Jenner’s fortune is self-made. Donald Trump allegedly used to negotiate for a better ranking on Forbes every year; this is just one example of how subjective their net worth valuations are. The problem is that Kylie’s business is private, and she is a 100% stakeholder. Forbes is both projecting future earnings and applying $100 million in cash that’s already earned to add up to $1 billion.

You are a lot less cynical than me if you don’t think Forbes wouldn’t add on a couple of hundred million to create as iconic a headline and photo as the “self-made billionaire Kylie Jenner.” They will have made their own small fortune off the attention that has gotten.

My next concern is that the Kardashian/Jenner dynasty stands upon the actual lifestyle of wealth. Let’s face it; people love watching their fabulous and outrageous lives play out. For this reason, it is massively in Ms. Jenner’s favor for people to think she is a billionaire as it adds to her brand tremendously. This is just another reason why I’m cautiously (keep it together Kylie Kings) suggesting that wealth estimates are just that, estimates and so often wielded quite liberally by the financial media. 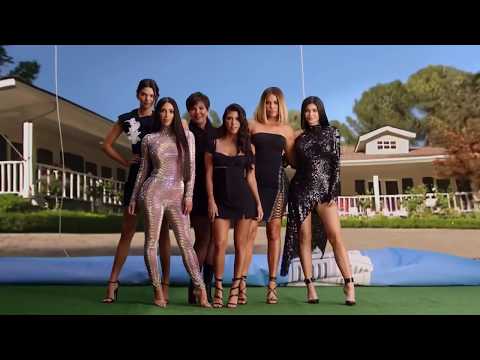 Now to get to the self-made part of the media’s coverage of Jenner. My old philosophy teacher used to say: “Show me a true self-made person; you’re showing me a dead baby.”

The point here is that absolutely everyone relies on the people around them. As a baby, you have to have someone raise you and feed you because you are helpless. Go further, and your upbringing then shapes your view on the world, as well as your morals, hopes, and dreams. Once you understand everyone is lucky to some extent, you can calm down about being Jenner’s fortune being described as self-made.

It’s straightforward if you live in Los Angeles, which, coincidentally is where Kylie is from. House prices are ridiculously high. And just affording rent eats up a considerable amount of financial risk you can take, while credit card debt is the norm. Even the gift of a housing deposit, not an entire house, makes your life vastly more comfortable.

I know of people making $80,000 a year living in a $2 million house in the Silverlake hills, while a couple on $180,000 a year can’t justify buying a condo. Inheritance or family support is a common trend amongst millennials, and no one ever seems to talk about it. All you have to do is check the math and its evident that there are huge discrepancies between lifestyles and incomes. Do you think that guy who flies around the world taking selfies with his Ferrari and has 50k followers is living off his ad revenue?

This argument is pertinent to Kyle Jenner in the sense that she is called self-made. Studies have shown that in reality, the only statistically significant commonality among successful entrepreneurs is that they have a financial safety net. Does this apply to the subject in question? Well, let’s have a look at her family. Shout out to Rob for sneaking into the 8-figure club. I’m not trying to belittle her success here. The modern world is so competitive that even a significant amount of financial support is no guarantee of success. Donald Trump posted a nearly billion-dollar loss before somehow getting his economic life back on track, and then didn’t pay income tax for years.

Was Facebook CEO Mark Zuckerberg exceptionally brave to drop out of Harvard? Well, he was offered a fast food franchise by his family if he didn’t want to go to college. These businesses can cost anywhere from a few hundred thousand to a million dollars to set-up. There are thousands of similar stories, albeit not as impressive as Facebook, sprinkled throughout the world.

Underestimate a Woman Like Kylie Jenner at Your Peril

There are plenty of people in this world who probably qualify for the title of self-made, but they are incredibly rare. These same people are also probably incredibly grateful for the help they have been given and probably shun the title and consider themselves lucky that their hard work got them a shot to get out of their tough start in life. Kylie Jenner said the following in CNBC’s report,

“I really do feel like people don’t take me seriously as a businesswoman because of my age and my reputation. But I feel like they’re starting to. I like to prove people wrong.”

A beautiful woman with a great brain and exceptional work ethic backed by a close-knit family of multi-millionaires? I’m not sure who didn’t take you seriously Kylie, but I’m guessing they weren’t too bright.

In honor of the video that inspired this outlook, here’s “self-made” superstar comedian Tim Minchin giving a speech on why he’s just a lucky guy. Welcome to the estimated-billionaire club, Ms. Jenner. May it bring you the wisdom and perspective to push back against the title of “self-made.”