By CCN.com: Hollywood hates conservatives. That’s because it is so ridiculously liberal in its ideals and values – and hypocritical to boot – that anyone with a different political viewpoint is blacklisted. Yes, it’s a real thing.

Hollywood has shut conservative artists out, even those who have made studios a lot of money.

Yet one artist remains unaffected by Hollywood’s bias, and that’s Kelsey Grammer.

Kelsey Grammer, aka Dr. Frasier Crane, has been immune to being blacklisted in Hollywood. Since concluding his run on NBC’s “Frasier” in 2004, Kelsey Grammer continues to both produce and act.

Take a look at this cast! Can’t wait for you all to see the @innocentonfox season premiere this FRIDAY at 9/8c on FOX. pic.twitter.com/MJVRGGOloZ

His success continues despite comments such as those he made to liberal “journalist” Christiane Amanpour about his support for Donald Trump.

Amanpour: “You are one of those rare Hollywood beasts who is conservative, and you voted for Donald Trump. And I just wonder, what, whether you sort of took any hits in Hollywood for that? Did you feel that you were sort of marginalized?”

Grammer: “I’m not aware of taking a hit for it but now, certainly passions run high, and certainly he has touched on an extraordinarily passionate response. I don’t know if it’s as serious or horrible as everybody wants it to be.”

“I’m a conservative. I have been for a long time. I’m just not a big government guy. In terms of policy, I don’t have a lot of problems with what [Trump] is doing.” 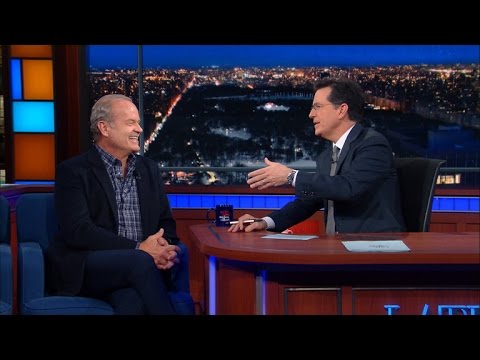 Why Is Kelsey Grammer Still Working?

There are three reasons.

The first reason is money. Kelsey Grammer has been in Hollywood for 35 years and has been a value-add to every project he’s touched.  Frasier Crane was so popular in “Cheers” that NBC spun-off a show just for that character. It ran for 11 years, making NBC tons of money.

The second reason is that his Hollywood relationships are very solid.  The other item in Hollywood that matters besides money is “who you know.” More than three decades of rubbing elbows with the Hollywood elite have earned him a kind of immunity that, coupled with his success, makes him untouchable.

The third reason is that Kelsey Grammer is not boisterous about his politics.  Were he brash and shrill, he might not be cut the same slack. As he told BBC:

“I’m a reasoned, thoughtful guy so I’m not going to say stuff that doesn’t make some sense…I will continue to do it in a polite way.”

Rare Exceptions to the Rule

There are plenty of other open conservatives in Hollywood, yet few have the star power of Kelsey Grammer. Clint Eastwood is a rare exception, as are Sylvester Stallone, Arnold Schwarzenegger, and Gary Sinise.

They certainly haven’t been snubbed by Hollywood. A few others actors like Nick Searcy (“Justified”) and Adam Baldwin (“The Last Ship”) are far too talented, despite being outspoken, to be ignored.

Yet acting great and outspoken conservative James Woods, who was recently banned by Twitter for no good reason, has struggled.

The great playwright and director David Mamet saw his big-screen career dry up when he came out of the conservative closet.