Kelly Clarkson has it hard.

According to “The Voice” coach and former “American Idol” winner, her life is literally a “dumpster” right now.

While I’m sure it’s not easy because of her divorce, to say her privileged celebrity life is a “dumpster” while there are people who are starving and don’t know where their next paycheck is coming from is — to put it mildly — a bit much.

Kelly Clarkson Wants You To Feel Bad For Her

In an interview that aired on Sunday, Kelly Clarkson told “Sunday Today” host Willie Geist that her life hasn’t been easy since announcing her divorce from husband Brandon Blackstock back in June 2020.

It’s no secret, my life has been a little bit of a dumpster personally. It’s been a little hard the last couple months.  I’ve been talking to friends that have been through divorce, I don’t know how people go through that without having some kind of outlet. Because it is the worst thing ever for everyone involved.

You can check out the video interview below. 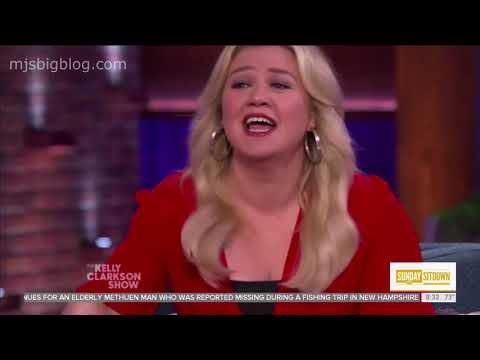 I’m not trying to say that Kelly Clarkson hasn’t had a rough time of her divorce, but isn’t it a little much to say that her life is a “dumpster”?

As of 2020, Kelly Clarkson has a net worth of $45 million. Considering that nearly 10% of people are unemployed in the United States, and more than 160,000 homes are either foreclosed upon or in the process of being foreclosed upon, she has more than 45 million reasons to be grateful.

And it seems like there are more than a few people who agree.

No, her life isn’t perfect. No one has a perfect life.

But Kelly Clarkson has a bad habit of being overdramatic — and the truth is, in this day and age, she should learn to be grateful instead of complaining all the time.